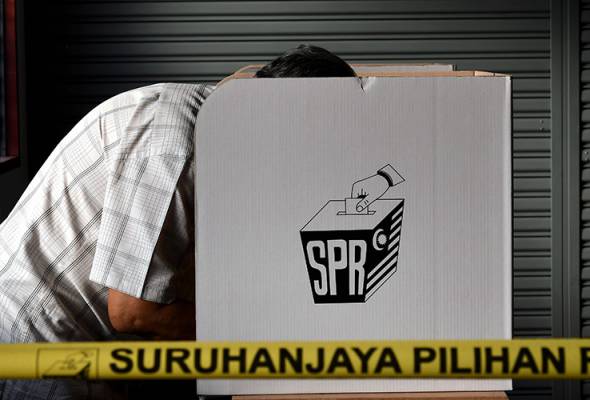 KUALA LUMPUR, Oct 10 — The 14th General Election (GE14) which took place on May 9, 2018, has greatly impacted Malaysia’s political landscape, up until now.

Since that day, Malaysians have witnessed many unexpected turns of events, including the ‘calls’ for several by-elections and state elections to be held for various reasons.

Three by-elections, namely in Batu Sapi and Bugaya in Sabah and Gerik in Perak not held after Yang di-Pertuan Agong Al-Sultan Abdullah Ri’ayatuddin Al-Mustafa Billah Shah promulgated the proclamations of emergency to curb the spread of COVID-19.

However, on Oct 6 this year, Al-Sultan Abdullah consented to revoke six ordinances and proclamations of emergency that prevented the three by-elections from being held.

Over the last four years, the first of the by-elections was held only three months after the GE14 took place, namely for the Sungai Kandis state seat in Selangor on Aug 4, 2018, which saw Pakatan Harapan (PH) retained the seat.

The other three by-elections that took place in the same year were for the Balakong and Seri Setia state seats in Selangor on Sept 8, and for the Port Dickson parliamentary seat on Oct 13. All seats were won by PH.

On April 13, 2019, BN contested and retained the Rantau state seat in Negeri Sembilan and on May 11 the same year, PH won the by-election for the Sandakan parliamentary seat in Sabah.

At the end of 2019, a by-election was held for the Tanjung Piai parliamentary seat in Johor on Nov 16, which saw BN swept to a huge victory.

The last by-election was held for the Slim state seat in Perak on Aug 29, 2020, where BN once again retained.

In the Sabah state election on Sept 26, 2020, Gabungan Rakyat Sabah (GRS) obtained a simple majority to take over the leadership of the state government from Warisan.

GRS, which consists of Perikatan Nasional (PN) and BN, as well as its affiliate Parti Bersatu Sabah, won 38 out of the 73-seat state assembly.

The polls were called following the dissolution of the Melaka State Legislative Assembly on Oct 4 of the same year after four assemblymen withdrew their support for Chief Minister Datuk Seri Sulaiman Md Ali.

In less than a month after that, the Sarawak state election was also held on Dec 18, 2021, and Gabungan Parti Sarawak (GPS) led by Sarawak Premier Tan Sri Abang Johari Tun Openg won 76 seats out of the 82 up for grabs.

A total of 349 candidates contested in the polls, the biggest turnout in the state’s election history.

In 2022, the Johor state election was held on March 12, with BN winning over a two-thirds majority, capturing 40 of the 56 seats contested.

Man killed, another seriously injured after tree falls on bike