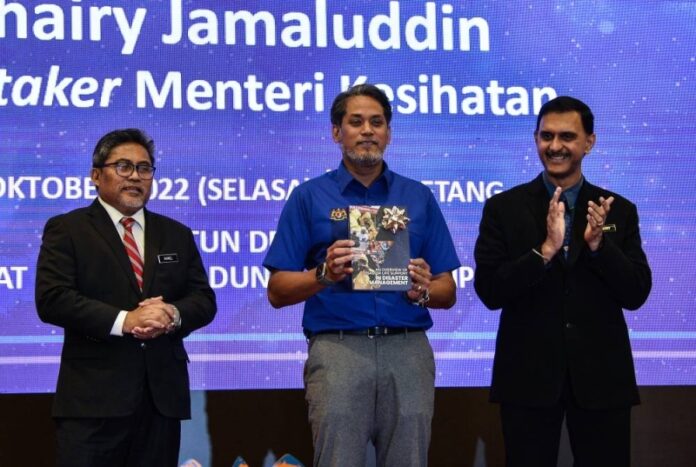 KUALA LUMPUR, Oct 11 — Health Minister Khairy Jamaluddin described Budget 2023 which was tabled last Friday (Oct 7) as not a waste even after the dissolution of Parliament was announced yesterday.

Khairy said the national budget is a commitment of Prime Minister Datuk Seri Ismail Sabri Yaakob that will be brought back to the Dewan Rakyat after the 15th general election (GE15) if Barisan Nasional (BN) is in power again.

“I don’t think it’s useless, rather it’s what will be brought back to the Dewan Rakyat after the general election if the mandate is given back to Datuk Seri Ismail Sabri.

“So the people know that this is what Ismail Sabri will bring back as the Prime Minister candidate for BN if he gets a mandate from the people.

“Everything in the Finance Minister’s presentation is an expenditure that has already been allocated. It is not a manifesto based on unallocated promises, that is the difference between a budget and a manifesto,” he said.

Khairy said this when asked to comment on the statement by Perikatan Nasional (PN) information chief Datuk Seri Mohamed Azmin Ali who described the presentation of Budget 2023, last Friday as nothing more than a waste when Parliament was dissolved before it was passed.

Explaining further, Khairy said that, unlike the budget, the manifesto is a promise that does not know whether it will be implemented or not as no provision is provided.

“We are not sure if the winner will implement what he promised, that is a manifesto.

“The budget is something that has been allocated, it means that when we say ministry A gets RM30 billion for example, it has been allocated and projections have been made and it will be channeled to the relevant ministry. Anyone can talk about the manifesto, but a budget is different,” he said.

In Budget 2023, the government allocated RM36.1 billion to the Health Ministry (MOH which saw the largest increase compared to RM32.4 billion in 2022.