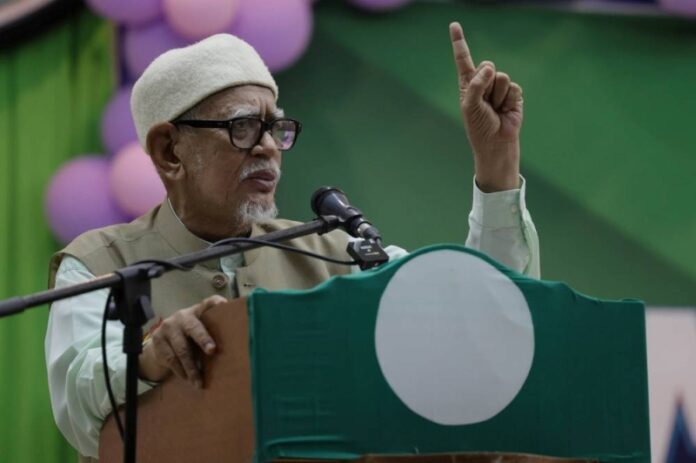 MARANG, Oct 22 — PAS today announced that the party will contest for more than 60 Parliamentary seats in the coming 15th General Election (GE15).

PAS president Tan Sri Abdul Hadi Awang said the actual number of seats has yet to be finalised since discussions are still ongoing with its component party, Perikatan Nasional (PN).

“God willing (InsyaAllah) we already have 60 seats to contest. However, discussions are still going on,” he said in his speech during the Marang Markas Besar P037 launch at Dewan Tok Guru, in Rusila, near here tonight.

He added that candidates would be vetted by the party’s Syura Ulama Council to ensure they are really eligible to contest.

“Names of candidates nominated by divisions or any particular areas will be brought to the party’s Syura Ulama Council, and the state commissioners must be present to mention the name of the candidate, his personality, whether he prays or not, and his character. It is the council that will approve the candidates,” he said.