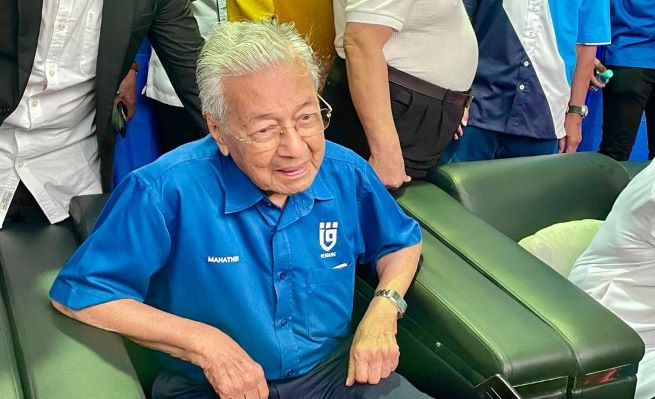 He said the party’s launch in Sabah had been planned for a long time but could only be implemented today due to many constraints.

“I hope Pejuang can be accepted by the people of Sabah because it can make Sabah more progressive,” he told reporters after the launch here today.

“We want a party that is clean and has no problems… such as its leader still facing charges in court,” he said.

Regarding cooperation with Gabungan Parti Sarawak (GPS), he said that if the coalition wants to cooperate with GTA, it will consider the matter.

Meanwhile, when asked about the GTA manifesto, Mahathir said it would be announced soon.

“The manifesto is not a holy book… sometimes we want to do (what is in the manifesto) but we cannot implement it. Therefore, GTA will come up with a manifesto that can be implemented.

“The manifesto cannot be about abolishing tolls… we can’t abolish tolls because the government has no money to maintain the roads. All the money is just to pay off debts,” he added.

Commenting on the matter, Mahathir said no specific discussions were held with Hajiji, who is also the Gabungan Rakyat Sabah (GRS) chairman.

“We only spoke about the development of Sabah,” he replied briefly.