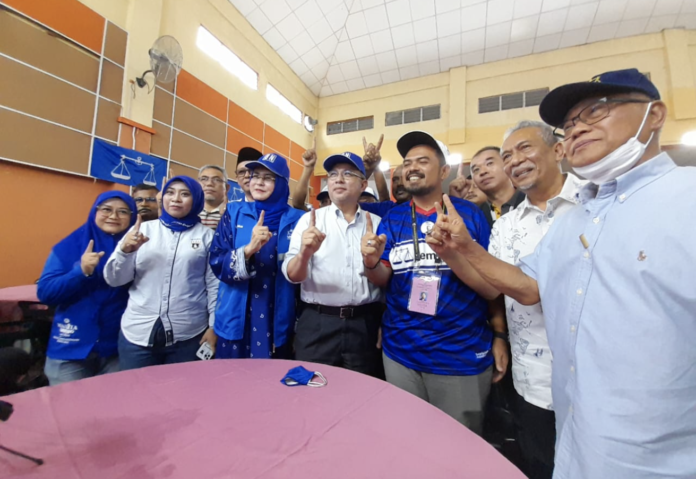 The Johor UMNO information chief said this confidence was based on the welcoming response from UMNO and BN supporters towards the coalition’s candidates there, including Manndzri Nasib, who is contesting in Tenggara.

Dr Adham, who is the Tenggara incumbent MP, said the support received will help BN’s goal of winning 16 out of the 26 parliamentary seats in the state.

“Manndzri is the youth leader of the UMNO Tenggara Division, highly educated and I know him since his early school days.

“He is the candidate who is getting a lot of support, an indication the Tenggara seat will belong to BN,” he told reporters after a get-together programme with the Tenggara community at Dewan Sri Kembaran, Bandar Tenggara, today.

Dr Adham, who is also Science, Technology and Innovation Minister and Tenggara UMNO division chief, said the parliamentary seat has about 67,134 registered voters, with five per cent of them being young voters.

The 42-year-old Manndzri has won several youth awards, including Tokoh Belia Negara in 2013 and the 2018 Mercu Wangsa Felda Awards, and Adhan believes that if elected, the constituents can count on him to address their concerns.