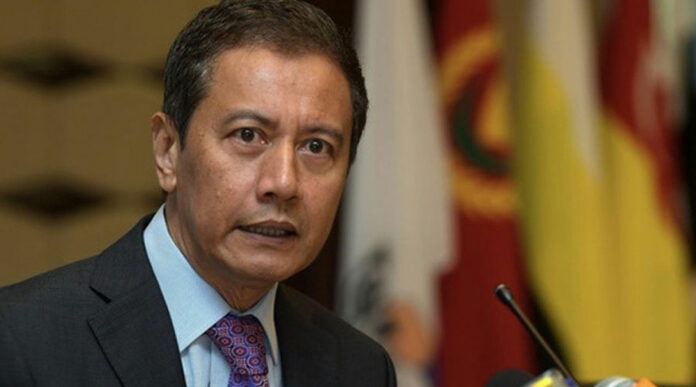 KUALA LUMPUR, Nov 20 — Dewan Rakyat Speaker Tan Sri Azhar Azizan Harun has requested political parties that won a substantial number of seats in the 15th general election (GE15) to submit the names of parties and independent Members of Parliament who agree to be part of a coalition of at least 112 seats to form the Federal Government via statutory declarations.

He said he had informed the leaders and secretaries of the various parties through a letter today in accordance to the wishes of Yang di-Pertuan Agong Al-Sultan Abdullah Ri’ayatuddin Al-Mustafa Billah Shah.

“They have been asked to name an MP from their coalition who will be the 10th Prime Minister through a statutory declaration by each MP in the coalition, which should be stated clearly,” he said in a statement today.

Azhar said the documents needed to be sent to Istana Negara by 2 pm tomorrow at the latest.

Comptroller of the Royal Household for Istana Negara Datuk Seri Ahmad Fadil Shamsuddin had earlier said in a statement today that the King was informed that no single party had successfully obtained a simple majority for Parliament.

He said that the King instructed all political party and coalition leaders with a substantial umber of seats to inform Istana Negara regarding their coalitions and prime ministerial candidates to for a new government by 2 pm tomorrow.

Labuan eateries allow only fully vaccinated individuals to dine in