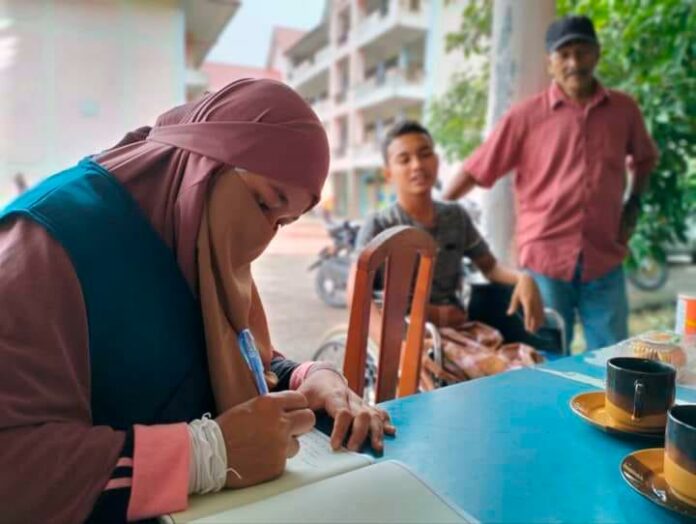 ROMPIN, Nov 23 — Perikatan Nasional (PN) is optimistic about capturing the Tioman state seat from Barisan Nasional (BN) on the polling day for the 15th General Election on Dec 7.

Pahang PAS commissioner Rosli Abdul Jabar said the coalition’s candidate, who is also Muslimat PAS Pianggu branch chief, Nor Idayu Hashim, 35, is a suitable candidate considering that there were many women voters in the constituency.

“Furthermore, the political wave in GE15, which swung votes from BN to PN and enabled us to capture the Rompin parliamentary seat and Bukit Ibam state seat, has not subsided.

“I believe this will also be translated in Tioman, assisted by the hard work of party machinery to ensure the victory of our candidate,” he told reporters after the event to introduce the PN candidate in Kampung Sepakat here tonight.

In addition, Rosli said the selection of Nor Idayu, who holds a Diploma in Accounting from Universiti Teknologi MARA, was to ensure there will be women’s voice in the Pahang State Assembly.

If she wins, Nor Idayu will be the single female PN representative in the state assembly, as all 17 other elected representatives from the coalition are men.

Rosli further said that even though Pahang PN managed to capture 17 state seats, compared to 16 by BN, it was not a reason for them to feel comfortable or to take the opposition’s challenges lightly.

Polling for the Tioman state seat was postponed following the death of PN candidate Md Yunus Ramli, 61, on GE15 polling day on Nov 19, believed due to a heart attack.

Nomination has been set for tomorrow, while early voting is on Dec 3.

The Electoral Roll that will be used for the election contains 28,465 voters, consisting of 28,200 ordinary voters, 262 police personnel and three absentee voters abroad.

Govt to consider suggestions to review law on alcohol sale

Shut down unregistered care centres to ensure safety of occupants –...