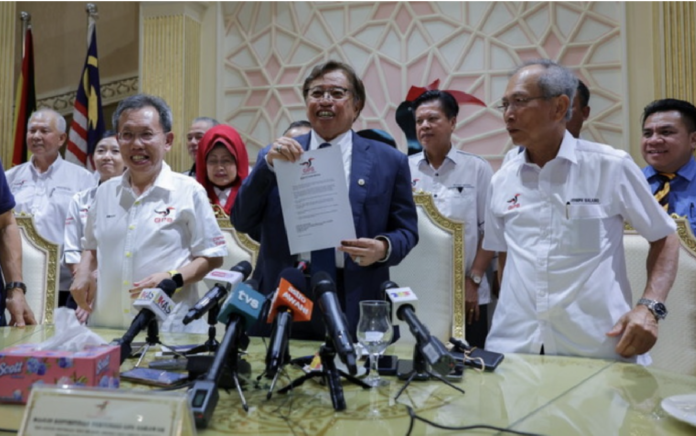 GPS chairman Tan Sri Abang Johari Tun Openg said the King, in a royal decree yesterday advised the GPS to consider joining other coalitions to form a unity government at the federal level.

“We will adhere to the decision. We are practising constitutional monarchy and in the (second principle of) Rukunegara, we are required to maintain loyalty to the King,” he told a press conference after chairing the GPS leadership meeting here today.

Abang Johari, who is also Sarawak Premier, also said he would leave it to Anwar to decide the number of GPS representatives in his soon-to-be-formed Cabinet as it is his prerogative power as the prime minister.

The GPS’s decision to join Anwar’s unity government came after DAP apologised to the Sarawak government and its people for any statement that might have offended them.

Abang Johari said that GPS accepted the apology offered by DAP with an open heart as DAP was also willing to admit their mistakes and open a new chapter in their relationship.

“They want to open a new chapter but, at the same time, they must also respect our component party, the SUPP (Sarawak United People’ Party). The apology also proved that we (GPS) are right all along and our politics are clean politics,” he added.