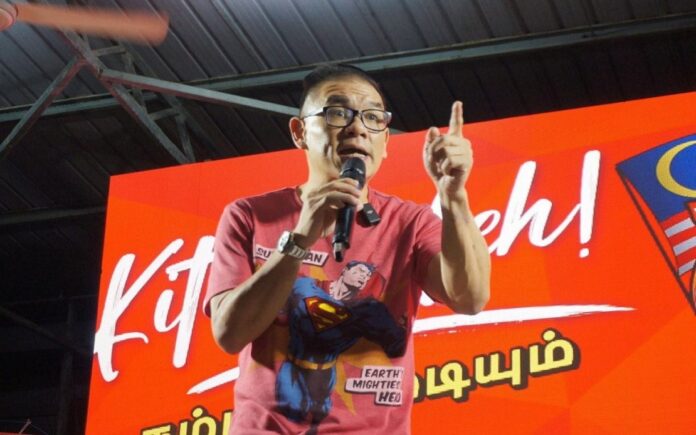 KUANTAN, Nov 23 — Police detained a former activist known as Hew Kuan Yaw or ‘Superman Hew’ in Puchong Jaya, Selangor today to assist in investigations in relation to his speech at a ceramah during the 15th general election (GE15).

He said on Nov 17, his team carried out an investigation in the case of viralled video in which Hew, who was one of the campaign speakers delivered a speech in Cantonese which is believed to have contained elements that could threaten public order in Raub Perdana, Raub.

“Part of the video recording of the talk has been circulated in the mass media and social media, and received negative reactions from the community,” he said in a statement tonight.

The investigations are also being conducted in accordance with Section 233 of the Communications and Multimedia Act 1998, which is an offence for the improper use of telecommunication network facilities.

Ramli said Hew is also being investigated under the same section for delivering a speech at a political ceramah in Taman Pandan Mawar, Melaka on Nov 18.

He said further investigation of the suspect will be conducted at the Dang Wangi district police headquarters, Kuala Lumpur after the remand application is made.