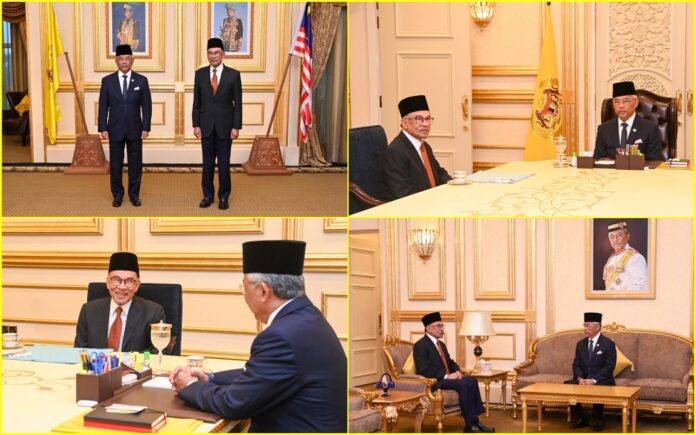 According to a post on Istana Negara’s Facebook page, the audience at 5 pm was the first by Anwar, who is Tambun MP,  since being appointed the 10th Prime Minister on Nov 24.

Al-Sultan Abdullah had consented to the Pakatan Harapan chairman’s appointment in accordance with Article 40(2)(a) and Article 43(2)(a) of the Federal Constitution.

This was after His Majesty deliberated the views of fellow Malay Rulers who convened a special meeting at Istana Negara on the same day to make the best decision for the interests and well-being of the country and the people.