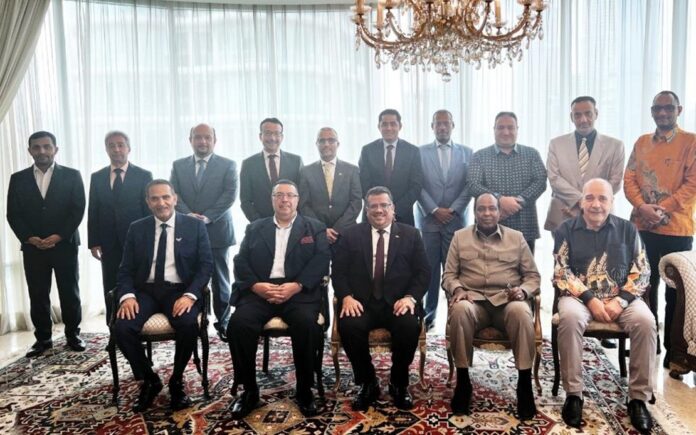 KUALA LUMPUR, Nov 29 — Congratulatory messages still pouring in for Datuk Seri Anwar Ibrahim with the Arab Diplomatic Corps in Malaysia, and the Prime Minister of Yemen and Somalia conveying their felicitations to the newly-appointed Malaysian prime minister.

Dean of the Arab Diplomatic Corps in Malaysia Dr Adel Mohamed Ali Ba Hamid hoped that Anwar will play a constructive role in developing the deeply rooted relations of brotherhood and cooperation with Muslim-majority countries in areas of mutual concern.

Dr Adel, who is also the Ambassador of the Republic of Yemen, said he was confident that Anwar, 75, will successfully steer his unity government to the end of its term.

“On behalf of the Arab Diplomatic Corps in Malaysia, and on my own behalf, I would like to convey my warmest congratulations and sincere felicitations to Your Excellency (Anwar) on the success of the 15th General Elections in Malaysia and the appointment of Your Excellency (Anwar) by the Yang Di-Pertuan Agong as the 10th Prime Minister of Malaysia.

“Our sincere Doa’a and prayers to Allah (SWT) to grant Your Excellency good health, well-being, and success, and for Malaysia’s continued progress, growth, and prosperity,” he said in a statement made available to Bernama through the Arab Ambassadors’ Council Kuala Lumpur.