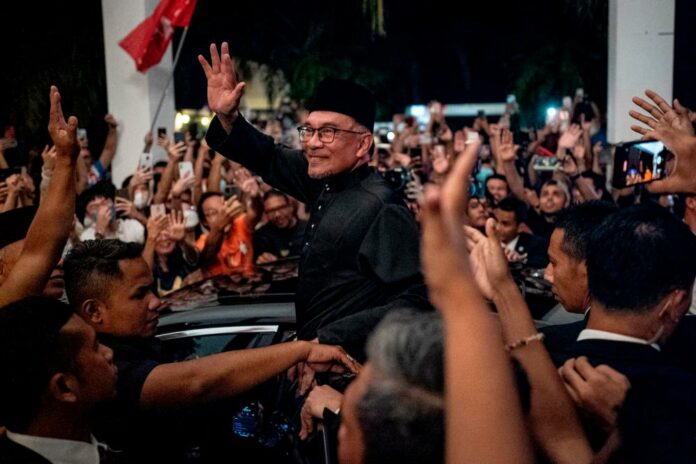 IPOH, Dec 1 — Eight days after his appointment as the 10th Prime Minister, Datuk Seri Anwar Ibrahim will return to Tambun tomorrow and meet the people who had voted him as their Member of Parliament during the 15th General Election (GE15).

Anwar, 75, is scheduled to have an audience with the Sultan of Perak Sultan Nazrin Shah at Istana Kinta at 10 am, which will also be attended by Perak Menteri Besar Datuk Seri Saarani Mohamad.

The Pakatan Harapan (PH) chairman will then have a walkabout session to meet his constituents at the Tanjung Rambutan market and is expected to spend time there to express his appreciation to voters and his supporters who have played a crucial role in his rise to the country’s top job.

Despite his busy schedule, Anwar will also visit the Manjoi Health Clinic which is under construction at Jalan Masjid, Kampung Masjid before performing Friday prayers at the Muhammad Al-Fateh Mosque in Taman Jati, about five kilometres from here.

Before returning to Putrajaya, the Prime Minister will attend a kenduri rakyat (people’s feast) to be held at the mosque.

PH which consists of PKR, DAP, Amanah, United Progressive Kinabalu Organisation (UPKO) as well as ally MUDA garnered the highest number of 82 seats in the polls which took place on Nov 19.

He received the support of several other political parties which enabled him to be appointed to the position on Nov 24.

MOH drawing up plans to tackle issue of overcrowding in Emergency...