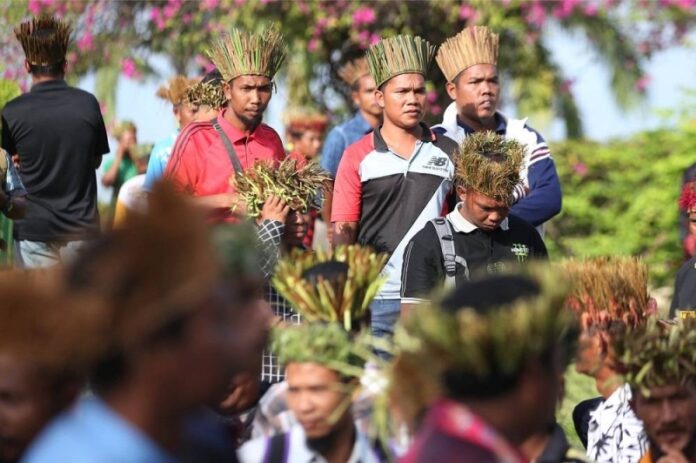 GUA MUSANG, Dec 4 — The Orang Asli community in this district hopes that the Unity Government formed with the support of several political parties will continue to defend and focus on its infrastructure and socioeconomic development issues.

“Previously, residents in the involved areas faced risking their lives when passing through damaged timber lorry tracks especially during the monsoon season,

“I am confident that some of the issues faced by us, for example the education of Orang Asli children, and infrastructure as the infrastructure in some settlements can be appropriately addressed by Deputy Prime Minister Datuk Seri Dr Ahmad Zahid Hamidi who is also Minister of Rural and Regional Development,” he said.

Bidi said this when met by reporters at Pos Brooke, here today.

As for Penghulu Kampung Perawas, Pos Balar, Alek Busu, 60, hopes that the integrated development project can be implemented in the Orang Asli village area of Gua Musang as soon as possible.

“Complaints about the need for tarred roads or at least bulldozed tracks have often been raised by the surrounding residents to the authorities,” he said.

Alek added that the Orang Asli community was also very excited about the appointment of Ahmad Zahid as Minister of Rural and Regional Development and hoped to meet the leader.

“We hope that one day the Deputy Prime Minister will be able to come and meet us here, at the same time he will be able to inspect for himself the condition of the logging tracks and the difficulties we are facing,” he said.

Mavcom to regulate prices of flight tickets ahead of GE15 –...

GE15: Sabah Bersatu divisions told to go all out to woo...