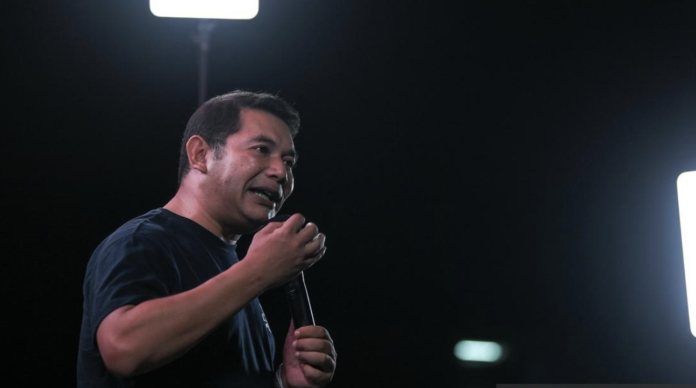 KULIM, Dec 6 — The coalition agreement to be signed among all political parties in the Unity Government is to ensure a stable with a two-thirds majority in the Dewan Rakyat, said PKR deputy president Rafizi Ramli.

He said the agreement, which is expected to be signed next week, is to ensure there is a common ground in terms of policy that binds all the programmes planned by the political parties involved.

“The agreement is that this government will remain for one term and will not be dissolved (during that period). We have an objective…that we need stability to rebuild this country and that is our focus now.

“We want to ensure that the decision-making structure to manage differences within the coalition is clearly defined… including the duty of each party to ensure that their Members of Parliament vote in support of the Unity Government.

“If there is a member of any party who breaches the vote, then automatically, in terms of the anti-party hopping law, the person is disqualified and is not a Member of Parliament,” he said.

He told this to reporters after a programme with the Pakatan Harapan (PH) candidate for the Padang Serai parliamentary seat in the 15th General Election (GE15) at Jalan Kelang Lama, here last night.

Rafizi,  who is also the Minister of Economy, said that with the signing of the agreement, the people will be more clear about the planning of the political coalition in the Unity Government.

”This is because the people also want to know what the political coalition is capable of doing, especially between BN and PH, which have been in dispute for more than 20 years in the national political arena.

“More importantly, it will be signed publicly and the document will belong to the people,” he said.

Yesterday, BN secretary-general Datuk Seri Zambry Abdul Kadir,  who is Foreign Affairs Minister, said that a coalition agreement involving all parties in the unity government will be signed soon.

He said the agreement, which is currently in the final draft stage, among others, aims to increase the people’s confidence in the government.