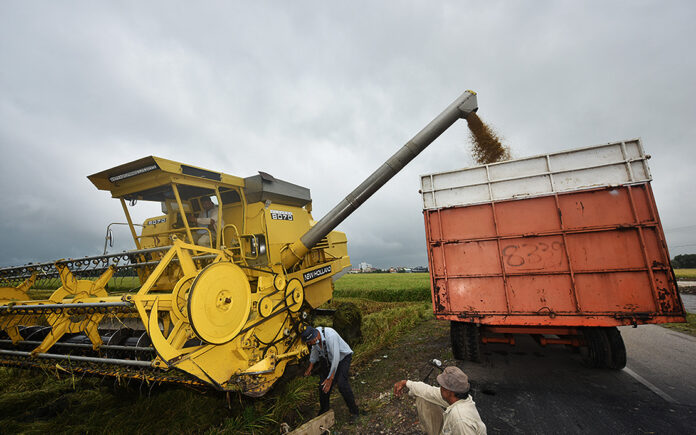 KUALA LUMPUR, Dec 8 — The issue of monopoly of the local rice industry and rice imports involving corporate figure Tan Sri Syed Mokhtar Al-Bukhary, who holds most of the shares in Padiberas Nasional Bhd (Bernas), needs to be seen from the perspective of protecting the interests of the poor farmers and should not be turned into a racial one.

Persatuan Perpaduan Sejahtera Kebangsaan vice-president M. Rathakrishanan said Prime Minister Datuk Seri Anwar Ibrahim’s statement urging Bernas to give back RM60 million to poor padi farmers should be looked at from a positive angle by all parties including netizens on social media.

“This issue (rice import monopoly) involves the people and for the welfare of the padi farmers. For me, making this Bernas issue a racial one is very irrelevant,” he told Bernama.

He said the issue was raised with the aim of easing the burden and enhancing the welfare of padi farmers, most of whom are from the B40 group.

“For the padi farmers, they must feel that there is a ray of hope because help will be given to them…we very much welcome the help from our prime minister,” he said.

“This company has a high responsibility because it has to buy all the rice from the farmers, regardless of the quality. Although the price varies according to the quality, Bernas still bears the same responsibility,” he said.

He added that Bernas also has a responsibility in balancing the price of rice imported into the country as well as local rice.

“It is not certain yet that these new companies will take local rice, so there will be an imbalance. Bernas is doing a good thing, the company still takes local rice, even though it can just take the imported one,” he said.

He said that if the rice industry is opened and not monopolised, local farmers producing poor quality of rice may face a decrease in sales.

Therefore, he suggested that the government find a new mechanism so that it could offer a win-win for Bernas and also the farmers.

Meanwhile, Anwar has always been consistent in helping these padi farmers, and he had previously criticised the then government for its decision to extend Bernas’ concession period for another 10 years from Jan 11, 2021 to Jan 10, 2031, which gave it the power to monopolise rice imports.

He insisted that the government needs to stop the rice import monopoly and strongly objected to policies that benefit capitalists when the people and padi farmers are in dire straits.

On Monday, Anwar said the government would look into the issue as well as the profits and turnover of Bernas which is owned by Syed Mokhtar after he bought 31 per cent of the company’s shares from Tan Sri Tan Boon Seng for about RM800 million and Datuk Seri Shahidan Kassim’s stakes at RM400 million.

Anwar said he had a good discussion on the matter with Syed Mokhtar who also agreed to give back RM10 million this month and RM50 million next year to the farmers.

The prime minister also said that the issue should not be politicised as it was raised with the aim to help the poor padi farmers.