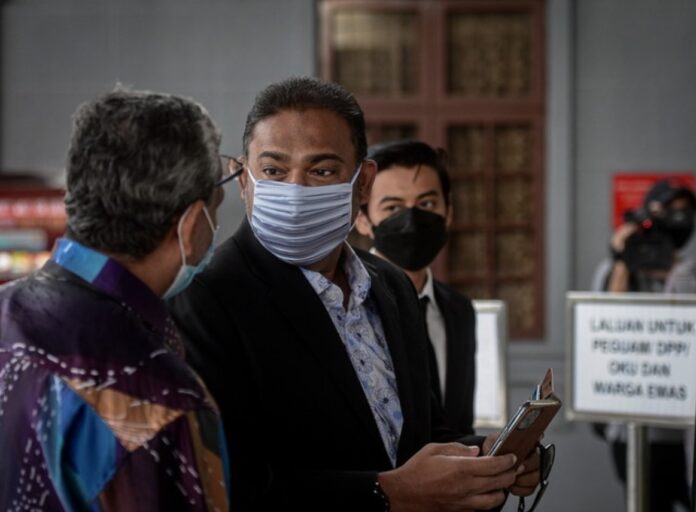 “Since there is no objection from the prosecution, the applicant is now released and acquitted of all the charges,” said Azhar.

Last Sept 23, Abdul Azeez was given a discharge not amounting to an acquittal (DNAA) by the Sessions Court on the nine charges.

Judge Azura Alwi made the ruling after deputy public prosecutor Aslinda Ahad requested the court to discharge without acquitting Abdul Azeez under Section 254 (3) of the Criminal Procedure Code on the grounds that the representation submitted by Abdul Azeez had been considered and required further investigation.

Earlier, Amer Hamzah told the court that the Malaysian Anti-Corruption Commission (MACC), through a letter dated Oct 26, informed that the agency had completed its investigation and that all seized assets had been returned to Abdul Azeez.

Deputy public prosecutor Nik Haslinie Hashim said the prosecution had no objection to the notice of motion, which was filed last Dec 1, seeking the acquittal of the applicant on all the charges.

Abdul Azeez, 55, was charged with three counts of accepting bribes amounting to RM5.2 million and six charges of money laundering amounting to RM972,414.60 in relation to road projects in Perak and Kedah, with the offences allegedly committed at five banks in the federal capital between Sept 6, 2010, and April 10, 2018.

The charges were framed under Section 16(a)(A) and Section 28(1)(c) of the Malaysian Anti-Corruption Commission Act 2009 which provides an imprisonment for up to 20 years and a fine of not less than five times the amount or value of the bribe, if found guilty.

For the money laundering charges, they were framed under Section 4(1)(b) of the Anti-Money Laundering, Anti-Terrorist Financing and Proceeds of Unlawful Activities Act (AMLATFPUAA) 2001 which is punishable under Section 4(1) of the same law.

The law provides imprisonment for up to 15 years and a fine of not less than five times the amount or value of the proceeds of the illegal activity or RM5 million, whichever is higher, if found guilty.

On Sept 5 this year, Abdul Azeez failed in his appeal at the Court of Appeal to quash the three charges of corruption and six charges of money laundering made against him.

A three-judge panel consisting of Datuk Seri Kamaludin Md Said, Datuk Abu Bakar Jais and Datuk Che Mohd Ruzima Ghazali dismissed Abdul Azeez’s appeal to quash the nine charges after ruling that the charges were not defective and ordered the trial of the case in the Sessions Court to continue.

Hearing of the case began on Aug 19, 2020, with seven prosecution witnesses called to testify.