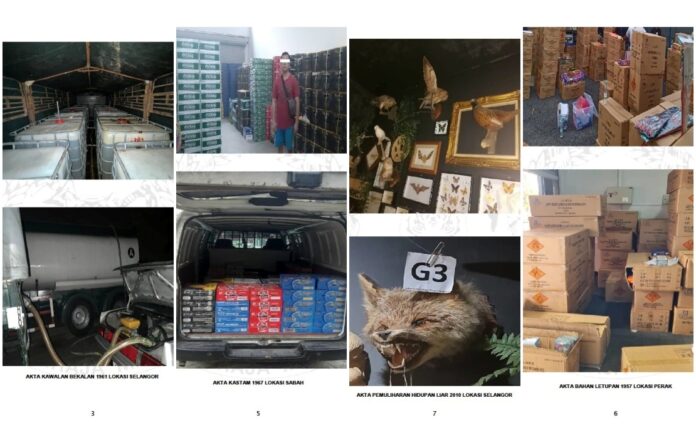 KUALA LUMPUR,  Jan 24 — Eighty-eight individuals, including 15 foreigners, were arrested and goods worth RM64.7 million were seized in raids by the Royal Malaysia Police (PDRM) to crack down on the smuggling of contraband and wildlife in three states between last Jan 1 and 20.

PDRM secretary Datuk Noorsiah Mohd Saaduddin, in a statement today, said 35 raids were carried out in Selangor, Sabah and Perak during the period by the Wildlife Crime Control Bureau of the  Special Intelligence Investigation.

“PDRM will continue to carry out integrated operations with other enforcement agencies in the fight against smuggling and various other offences,” she said.