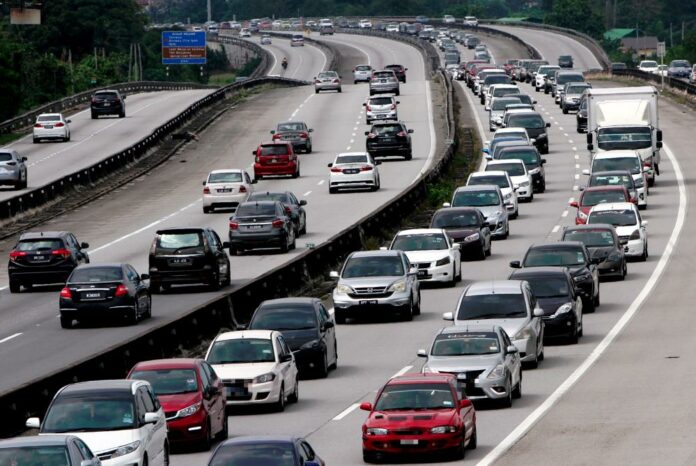 KUALA LUMPUR, Jan 24 — Traffic on some major highways in the country is expected to increase and be congested from this afternoon as people return home after the Chinese New Year holiday that ends today.

A Malaysian Highway Authority (LLM) spokesman said the North-South Expressway (NSE) is expected to be congested from Gopeng to Tapah, Sungkai to Slim River as well as from Pedas Linggi to Port Dickson.

Traffic flow is also expected to be heavy from Bukit Tingi to the Gombak toll plaza on the Kuala Lumpur-Karak Expressway (KLK).

“Therefore, the public is advised to plan their journeys and ensure their Touch ‘n Go balance is sufficient to avoid any payment delays at toll plazas,” the spokesman said when contacted by Bernama this morning.

Meanwhile, LLM said there was a four-kilometre (km) congestion at KM 263.4 NSE southbound heading from Kuala Kangsar to Ipoh Utara due to a car breaking down and causing an obstruction on the right lane.

Earlier, Works Minister Datuk Seri Alexander Nanta Linggi had reported that a total of 3.8 million vehicles were expected to use highways nationwide for the duration of the Chinese New Year celebrations this year.