“We will begin Ops Indah in Penang as the northern state receives 1.9 million visitors annually,” he said in a press conference after a Price Compliance Programme (Ops Indah) at Bukit Bendera here today.

Ops Indah, which is aimed at ensuring traders display price tags on food and labeling food content as it is mandatory for them to do so, he added.

“Compliance to the criteria is necessary to prevent traders from confusing customers, while ensuring tourists are not fleeced with imitation products,” he said.

Iskandar said the operation would be carried out from time to time across the country until the end of this year.

“Enforcement officers will be stationed at the focal point of shopping areas such as wet markets, ‘pasar tani’ (farmers’ market), supermarkets including souvenir shops to conduct inspection and monitoring,” he said.

Iskandar also advised consumers to lodge consumer-related complaints through the right channels so that the enforcement officers could investigate the matter and take action in the event of any price distortion in the respective premises.

He added traders who failed to display prices could also be slapped with a maximum fine of RM50,000 or faced two years jail or both. They could also be issued a RM 25,000 compound.

The penalties, Iskandar said, fall under the Price Control and Anti-Profiteering Act 2011. 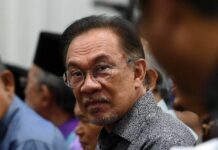 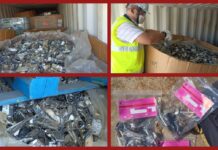 Temporary freeze on hiring foreign workers lifted from this Aug 19