“Based on the record low price of oil that you have been seeing, it is at a level that is very interesting to a lot of people,” Trump said at a White House press briefing.

“We are looking to put as much as 75 million barrels into the reserves themselves that would top it out,” he said, adding “we would get it for the right price.”

The SPR, the world’s largest supply of emergency crude oil, was established by the US federal government in the 1970s primarily to reduce the impact of disruptions in supplies of petroleum products.

Trump’s remarks came after US oil futures prices crashed to the negative territory for the first time in history on Monday, fueled by pandemic-related demand shock and oversupply fears.

The West Texas Intermediate (WTI) for May delivery shed US$55.9, or over 305 per cent, to settle at -37.63 dollars a barrel on the New York Mercantile Exchange, implying that producers would pay buyers to take oil off their hands.

It marks the first time an oil futures contract has traded negative in history, according to Dow Jones Market Data. The May contract expires on Tuesday. 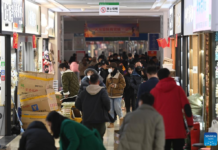