KANGAR, May 9 (Bernama) — Police have intensified patrol on rat trails in Perlis throughout the Conditional Movement Control Order (CMCO) period to curb the activities of ketum smugglers who are using the state as a transit point to smuggle ketum leaves to a neighbouring country.

Perlis Police chief Datuk Surina Saad said there were many rat trails in the state, including along the coastal bund, which had enabled the smugglers to easily escape.

“Once busted using a particular rat trail, the smugglers will use another. Most of them are not afraid of repeating the offence because ketum leaves are in high demand,” she told Bernama recently.

She said this in response to the report on the increased seizure of ketum leaves by the General Operations Force (GOF) throughout the Movement Control Order (MCO) and CMCO period.

Bernama had earlier reported that the 18th Battalion of the GOF had seized 8.4 tonnes of ketum leaves worth RM472,000 during their operation, dubbed Op COVID-19 SHIELD, from April 1 to May 1. Based on their reports, there are 77 identified rat trails in the state, 49 of which in Kangar, 13 in Padang Besar and five in Arau.

Latest, the 2nd Battalion of the GOF, which took over the Op COVID-19 SHIELD from May 2, seized over two tonnes of ketum leaves worth RM68,250.

Surina also expressed hope that the public with information on ketum smuggling activities can play their part in combating the crime by channelling the information to the police. 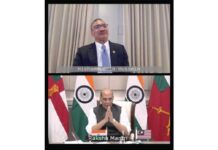 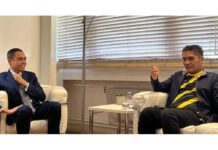 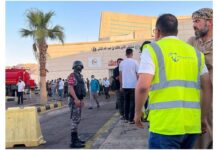 No racial discrimination in death of detainees in lockup – Hamzah