KUALA LUMPUR, May 10  — An estimated 6.64 million people, or 43.6 per cent of the workforce, have returned to work since the implementation of the Conditional Movement Control Order (CMCO) from May 4, 2020 until today, said Prime Minister Tan Sri Muhyiddin Yassin.

He expected the figure to increase over the next few weeks.

“InsyaAllah (God willing), with the increase in the number of workers returning to work in various industrial and business sectors, the economic activities in the country can be revived.

“Those who are working will get paid, those in business will generate revenue and profit, and the income (from this) can be spent in the economic system which ultimately will generate economic growth for the country,” he said.

Muhyiddin said this during a special address that was telecast live on local television stations including Bernama TV today.

He also expressed his gratitude to the state governments which have given their cooperation to the Federal government in an effort to reopen the economic sectors in their respective states.

In his address, Muhyiddin also announced that the CMCO which will end on May 12, 2020, will be further extended till June 9, 2020. 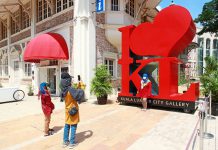 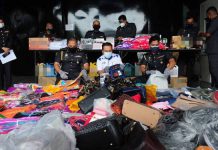 Confiscated trade items worth RM1.6 million disposed of in Selangor

Opening of manufacturing sector not to take care of ‘big bosses’,...