Emphasising that the people are putting up with hardship and facing a difficult future as a result of the COVID-19 pandemic, His Majesty said they should not stoke the flames of enmity and disunity in them.

“The honourable members (of Parliament) should always show maturity in politics. This includes understanding the people’s grievances, championing their plight, holding to principles of justice, practising a clean political culture, and refraining from harping on religious and racial sensitivities as well as the sovereignty and position of the Malay Rulers.

“That is why my government decided that the first sitting (of the Parliament) today will only have one agenda, that is my Royal Address in conjunction with the opening of the new session of the Parliament,” he said to the loud applause from the Members of Parliament and Senators.

In his Royal Address when opening the Third Session of the 14th Parliament at Parliament House, Al-Sultan Abdullah said politicians should not allow their differences of opinion to culminate in hostility and slander but turn them into efforts to develop and unify the country.

The people, he said, should extend their cooperation to the government to enable the continuation of national development efforts.

“I believe that only through the unity of the people with the government can we build a stable, peaceful and prosperous Malaysia,” he said.

Elaborating on the political turmoil that the country experienced last February, Al-Sultan Abdullah said the eighth prime minister was appointed after political parties were given ample time to work out their calculations in a democratic manner and name their respective candidates.

“At around 5 pm on Feb 24, I received in audience YB Tun Dr Mahathir Mohamad. During the meeting, I asked Tun Dr Mahathir not to resign. But he was firm in his decision.

Stressing that the country’s political crisis cannot be allowed to prolong, the King said he held the responsibility to appoint a new prime minister as enshrined in the Federal Constitution.

Therefore, His Majesty said, he held a one-on-one meeting with the Members of Parliament to himself evaluate their stand and for the parties with representatives in the Dewan Rakyat to nominate an MP as their candidate for prime minister.

“Article 43 empowers me to appoint an MP who in my judgement is likely to command the confidence of the majority of the members of the Dewan Rakyat.

“Therefore, after going through the processes and in accordance with the Federal Constitution, I found YAB Tan Sri Muhyiddin bin Haji Yassin to have the confidence of the majority of the MPs and eligible to be appointed as the eighth prime minister.

“In fact, I discharged my responsibility in a transparent and just manner in accordance with the concept of the Constitutional Monarchy and Parliamentary Democracy that is the backbone of our country’s practice,” he said.

Al-Sultan Abdullah also advised the government led by Muhyiddin to carry out the trust placed in it with honesty and responsibility and never to neglect the well-being of the people.

“To my government under the leadership of Honourable Prime Minister Tan Sri Muhyiddin bin Haji Yassin, I am confident that all its efforts to bring the country to greater heights will become a reality.

“My advice, uphold the trust in an honest and responsible manner, and never ever neglect the wellbeing of the people,” he said.

On the unity of the country’s multiracial society, the Yang di-Pertuan Agong expressed concern over the existence of racial polarisation and wanted all ethnic groups to be honest in their attitude and set good examples to strengthen relations.

His Majesty said that any form of provocation, ideology and values contrary to the norms, customs and laws of the country, even if resorted to by a small group, must be restrained before it spreads and disrupts national stability.

“I welcome the implementation of the National Unity Action Plan to ensure that the national unity agenda can be comprehensively inculcated through the solid elements of trust and identity based on the principles of the Rukun Negara,” he said.

Al-Sultan Abdullah stressed that the position of Islam as the religion of the federation, as enshrined in the Federal Constitution, must be safeguarded and, at the same time, the people of other faiths must be allowed to freely exercise their rights and religions. 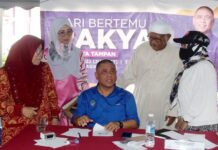 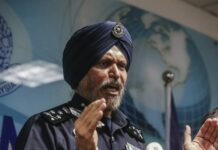 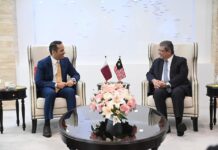 Developers must pay compensation for delayed projects before Covid-19 – Zuraida