He said the decision was made by the Special Meeting of the National Security Council (MKN) today after many people went to the police station to seek permission to return to their hometowns as seen in Kuantan yesterday.

“Even though people are advised and reminded everyday, the PDRM (Royal Malaysia Police) reported  in the morning meeting today that as many as 1,300 queued up at the Kuantan district police station yesterday to apply for permission to return to their hometowns.

“So I want to stress that the meeting made a decision that interstate travel is not permitted. There is no need to stand in a long queue because the police will not give its permission, we will not allow interstate travel any more,” he said at the daily press conference here today.

However, Ismail Sabri said, travel between districts is still allowed with no time limit and the public are free to move within the same state.

“But if you want to travel between districts during Hari Raya, you must assess yourself the dangers to the people around us. If more than 20 people are gathered in the house that you are headed for, it is better to celebrate in your own home.

“This is to prevent the ‘balik kampung’ cluster from happening,” he said.

Yesterday, drivers of 2,412 vehicles who tried to travel across states to return to their hometowns were directed by the police to turn back.

Meanwhile, commenting on the issue which went viral on the social media of the owner of Facebook account Mohd Sayuti Omar who said he managed to reach his hometown to spend Hari Raya and said there were no roadblocks throughout the journey, Ismail Sabri said he believed police will be taking action against the individual.

“I think police will be looking for this Mohd Sayuti ….there may be certain routes and rat trails which enable them to travel back.

“Just because you managed to escape the law and go back, does not mean you will escape when you travel back to Kuala Lumpur or to your workplace. So I think police will look for those who got through,” he said. 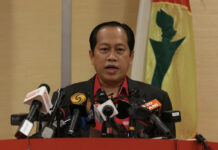 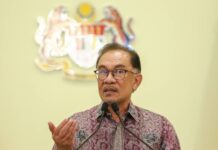