KUALA LUMPUR, May 29 — The short-term economic recovery plan which will be announced by the Prime Minister will see continued cooperation between the government and the private sector to ensure its smooth and orderly implementation to revive the economy.

Finance Minister Tengku Datuk Seri Zafrul Tengku Aziz said the government has engaged with various stakeholders to explore possible scenarios and to obtain feedback which would help the government in making relevant decisions for the benefit of various sectors.

He said some of the measures announced under the Prihatin Rakyat Economic Stimulus Package (ESP) were only for three months and six months period, which would end soon.

“As such, the upcoming economic recovery plan will see some of the measures being extended, as well as the introduction of several new initiatives to boost the economy.

“We need to be agile and dynamic as things are moving very fast,” he told reporters after his working visit to Bank Simpanan Nasional’s headquarters here today.

He added that the economic recovery package could take many forms, including tax incentives and other fiscal stimulus measures.

Tengku Zafrul said the ESP which was announced during the Movement Control Order (MCO) aimed to help vulnerable individuals as well as micro, small and medium-sized enterprises (SMEs) affected by the MCO which started on March 18 to curb the COVID-19 pandemic.

Following the MCO, he said the country’s gross domestic product shrank to 0.7 per cent in the first quarter (Q1) and is expected to contract further in Q2.

Nonetheless, he said that there might be some recovery in Q3 and Q4 with the reopening of the economy, adding that the economic recovery hinges on how fast Malaysia can tackle the pandemic.

“There is the need to balance between life and livelihood. We are opening the economy in stages and the way it is, we make sure that people’s lives are protected first,” said Tengku Zafrul.

He added that when the government announced the reopening of almost all economic sectors on May 4, surveys showed that six million people had returned to work after one week, and the number had increased to 10.2 million a week later, representing 67 per cent of Malaysian workers.

However, he said businesses may face difficulties in getting back on track, such as problems in paying workers’ salaries, not having enough cashflow to restart their business, high rental versus low income and low demand for product and services.

Some of these issues had already been addressed in the previous ESP through measures such as the wage subsidy, special relief funds and SME grants, he noted, adding there is a need to restore consumers’ confidence after the MCO to help boost spending and demand.

“Psychologically, people are still afraid to go out after the MCO, but it is hoped that the implementation of good standard of procedures as outlined by government by businesses would give people comfort and restore their confidence.

“The demand problem is real as it affects the country’s growth — 60 per cent of our growth is driven by private consumption,” he said.

Nevertheless, Tengku Zafrul said that the country’s e-commerce sector grew exponentially during the MCO, adding that it was time for businesses to look into e-commerce to grow their business. 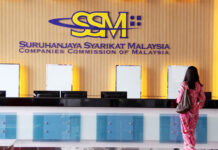 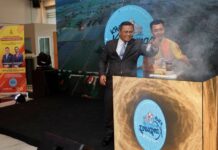 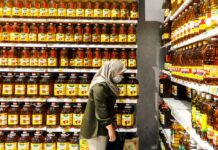 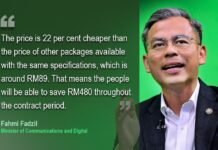 Shahidan to focus on providing fast services, creating jobs for the...

PAS has Plan B if cooperation with UMNO fails – Tuan...