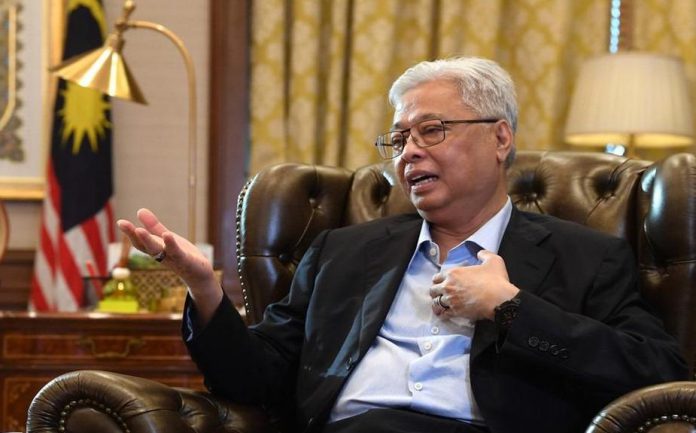 He said it was about time for the policy to be reviewed as foreigners were among major contributors to the surge in COVID-19 cases in the country as well as several other countries including Singapore.

“Probably because of this COVID-19 pandemic, there will be major changes in the policy of employing foreigners and to curb the entry of illegal immigrants. This will be the main things to happen from this COVID-19 pandemic,” he said in an interview for a documentary on the Movement Control Order (MCO), produced by Bernama TV here.

Explaining further, he said the tourism was among economic sectors adversely affected by the COVID-19 outbreak, with many hotels were shutting down their operations and retrenchment of workers which led to high unemployment rates.

He said while the post COVID-19 economic recovery may be slow, the government policy would definitely put more emphasis on employing locals.

As the minister entrusted with chairing special ministers’ meeting on the MCO throughout the COVID-19 pandemic and to communicate its daily development to the people, Ismail Sabri said the matter would be discussed with the relevant ministries to review the policy on reducing the number of foreign workers in the country.

Apart from policy changes, another matter to be given extra attention was the never-ending issue of influx of illegal immigrants in the country.

“This integrated special task force, chaired by the Chief of Defence Force, is made up of enforcement agencies such as the Malaysian Armed Forces, Royal Malaysia Police (PDRM), Malaysian Maritime Enforcement Agency (MMEA) and a number of other agencies that we have created during COVID-19, to ensure the illegals who had left for their respective countries will unable to return here,” he said.

The enforcement to continue to be strengthened even after COVID-19 has ended to ensure the country to remain free of any recurrence of import-related cases in the future as well as to resolve other issues related to illegals immigrants.

He said the country also faced challenges in combating the spread of COVID-19 when the actual daily COVID-19 cases in Malaysia showed a significant increase, involving positive cases among non-citizens since April 29.

This is due to cases of foreign imports and the spread of infection among non-citizens in several Immigration detention centres as well as among foreign workers in various sectors in the community.

Yesterday, of the 93 new cases reported, 91 cases involved foreigners who were detained at the Immigration detention centre, while only two cases involved local transmission.