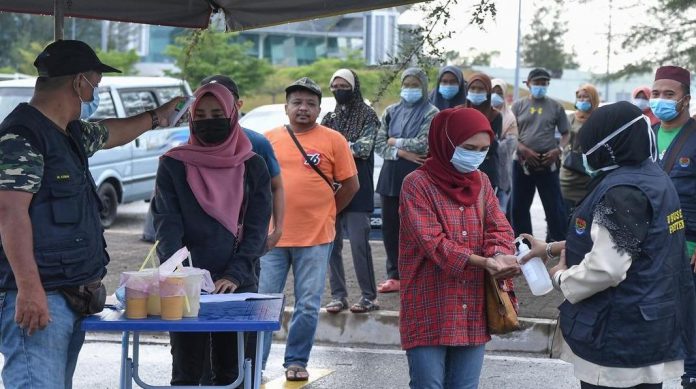 PUTRAJAYA, June 6 — All open, morning and night markets as well as bazaars, in the Federal Territories will be allowed to operate beginning June 15, on condition the Health Ministry’s standard operating procedures (SOPs) are adhered to.

Senior Minister (Security Cluster) Datuk Seri Ismail Sabri Yaakob said the operating hours for open and morning markets would be from 6am – 11am, night markets (4pm-10pm) and bazaars (5pm – 11pm).

“The SOP for stall spacing stipulates that booths must be positioned 1.5 metres to two metres apart, in an open space fenced area, to allow one-way traffic flow control.

“The markets include those which were allowed take-away orders only,” he said adding that traders must wear protective clothings, gloves and facemask.

He said this at a press conference following the Special Ministerial Meeting on the Conditional Movement Control Order (CMCO) here today.

At the same time, traders and shoppers are required to download and use the MySejahtera application and Kuala Lumpur City Hall will have the right to shut down business premises if the SOPs are not followed.

Ismail Sabri said the SOPs could also be adopted by the local authorities for markets across the country.

Meanwhile, he said 21 individuals were detained and remanded yesterday for violating the CMCO directives.

He said compound notices were issued  to 277 individuals for various CMCO offences but no one was compounded for going against the Aidilfitri visiting rule.

A total of 32 vehicles that attempted to travel across state lines without permission, were ordered to turn back, and such cross-border attempts were mostly recorded in Selangor, Pahang, Negeri Sembilan and Melaka.

Ceiling price for chicken remains at RM9.40 per kg – KPDNHEP