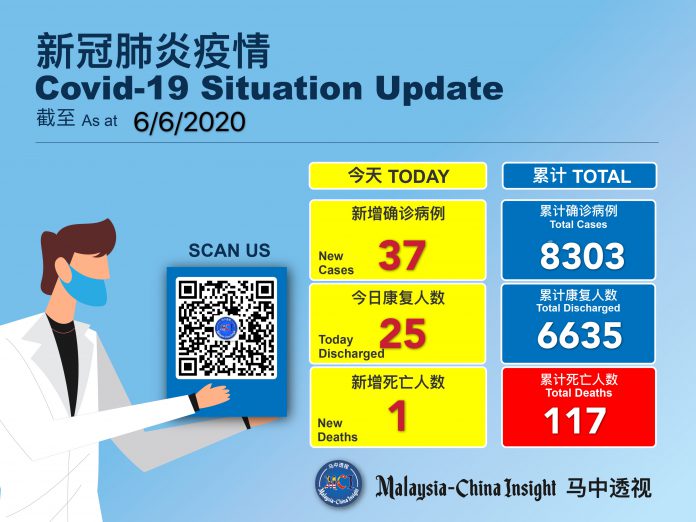 Its director-general Datuk Dr Noor Hisham Abdullah said standard operating procedures (SOP) have already been prepared in case things get better and they are prepared to roll them out.

“If we can keep things under control after Hari Raya then it’s time to reopen other economic sectors like barber shops and so on.

“We have prepared SOPs for some time and now we are monitoring how well these SOPs are being followed.

“So on June 10 we will allow the hair cutting industry to reopen and we will monitor it closely to see if there is a rise in cases,” he said today during his daily media briefings in Putrajaya.

Dr Noor Hisham said these moves have been effective in reducing the number of infections and now the foreign migrants are the ones who are mostly infected by Covid-19 and those being detained in the immigration depots.

Citing cramped living conditions as one of the big issues for foreigners he urged everyone to wear a face mask whenever they are outside or in crowded places as the World Health Organisation (WHO) have said that using it is effective.

“All medical personnel will still be wearing face masks and the PPE (personal protective equipment) when they are on duty.

“But I urge all Malaysians to wear a face masks when they are outside. It’s been proven by WHO that wearing a face mask is effective in reducing the rate if infections so couple this with social distancing and good hand hygiene and you can help reduce the infection rate,” he added.

“As for the migrants, we have asked the immigration department to send the negative patients back to their country while we have isolated those who tested positive. As such we are keeping the virus under control.”

Malaysia added one more death to Covid-19 today making it 117 deaths in total.