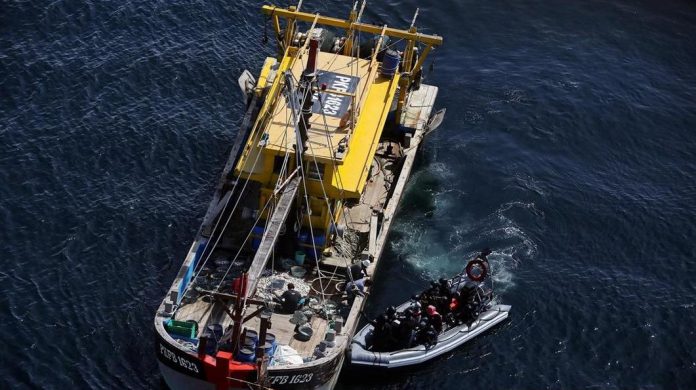 June 7  — The Royal Malaysian Navy (RMN) is applying the use of the 6D concept tackling cross-border crimes and intrusion by illegal immigrants into the country’s territorial waters.

“The concept is seen fit to be applied in tandem with the capabilities and capacity of warships belonging to RMN in facing external threats.

“The capability of this ship, especially in terms of its sensor, is capable of carrying out surveillance in preventing illegal immigrants from approaching the country’s maritime waters,” he told this Bernama journalist who is following the RMN in an integrated operation, codenamed Op Benteng, in the exclusive economic zone (EEZ) in the Straits of Melaka.

For example, he said, last April 16, with the use of  Super Lynx helicopter, the RMN and the air force were able to intercept 200 illegal immigrants from encroaching into Malaysian waters.

”The use of the Super Lynx has prevented their (illegal immigrants)  boats from entering the waters of the Straits of Melaka and with that, we were also able to avoid any landing attempts by the boats by escorting them out of the country waters,” he added.

Last April 16, Bernama reported that an attempt by about 200 ethnic Rohingya illegal immigrants to sneak into the country through the waters of Langkawi was thwarted by the Royal Malaysian Air Force