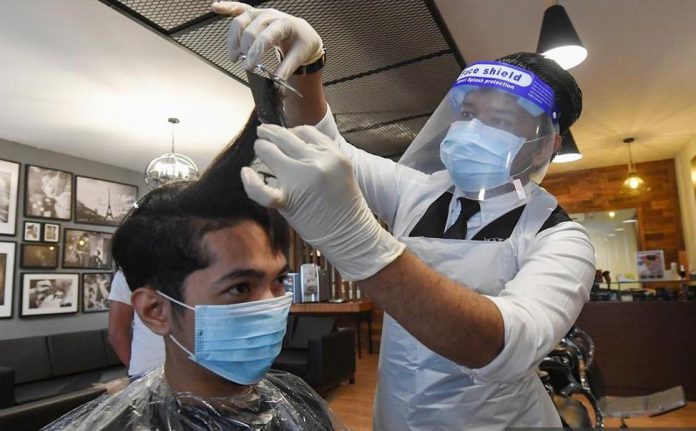 KUALA LUMPUR, June 11   — Malaysia recorded only two new COVID-19 cases yesterday, which is the lowest daily tally — a good sign indicating that the country is heading towards a zero case and will be free from the pandemic soon.

However, it all depends on the people’s ability to exercise self-control in complying with the standard operating procedure (SOP) as there is no more movement control and the country is in the recovery phase.

As for the Malaysian Armed Forces (ATM), they  will continue to assist  PDRM in ensuring the public’s compliance with the SOP, such as at public and night markets,  as well as in public areas,  including the R&R during the RMCO period.

Bear in mind, the SOP for private vehicles during the RMCO period is still four people in a car, or based on the capacity of the vehicle concerned, and all of them are from the same house and family.

This included Perlis, which has increased the number of congregation for Friday prayer and the obligatory prayers to the maximum based on the size of the mosques concerned, but with strict compliance with the SOP and social distancing.

The  two new cases took the cumulative number of infections in the country to 8,338, with 1,206 active cases being treated in isolation.