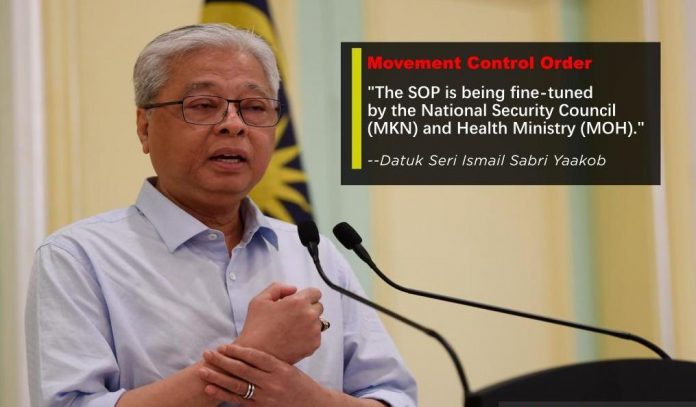 He said this was agreed to by the ministers’ special meeting on the implementation of the Movement Control Order (MCO) today.

“However, the SOP is being fine-tuned by the National Security Council (MKN) and Health Ministry (MOH).

“InsyaAllah (God willing), I will announce the SOP,” he told a media conference on the Recovery Movement Control Order (RMCO) here today.

Meetings, courses and other similar events have been banned since the government implemented the MCO on March 18 to curb the spread of COVID-19 in the country.

On Rest and Relaxation (R&R) areas along highways, Ismail Sabri urged stall operators to provide enough hand sanitisers and soap for customers and to record their personal particulars as there will be a rush to go back to hometowns from today until Sunday.

“R&R visitors should register their names, telephone numbers and body temperatures using the MySejahtera application or manually in logbooks,” he added.

Children’s playgrounds at R&R are still closed although food stalls are allowed to operate from 6 am to midnight daily, he said.

“The public is advised to abide by the SOP set for R&R and to practise self-discipline when back in their hometowns for the sake of their own safety,” he said.

Under the RMCO from June 10 to Aug 31, the government has eased many restrictions including by lifting the ban on interstate travel, except for any area under the Enhanced Movement Control Order.

Kota Kinabalu, Penampang, Putatan under CMCO from midnight on Wednesday