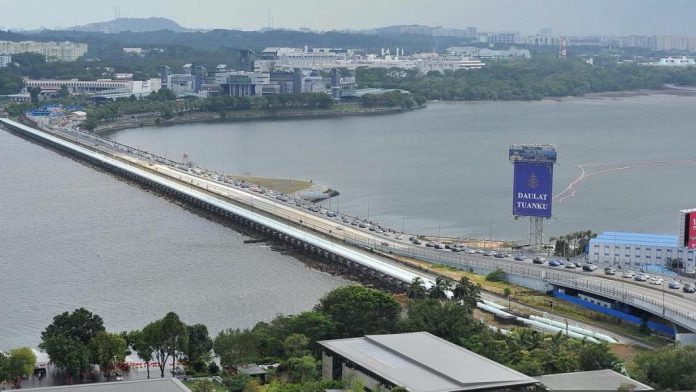 PUTRAJAYA, June 13  — Senior Minister (Security Cluster) Datuk Seri Ismail Sabri Yaakob expressed his regrets over the dissemination of a fake news purportedly he did not welcome Singaporeans to the country.

Ismail Sabri who is also Defence Minister described the fake news as an action with ill-intent which can cloud relations between Malaysia and Singapore.

“I have lodged reports with the police and the Malaysian Communications and Multimedia Commission (MCMC) to investigate further,” he told a media conference after the special ministerial meeting on Recovery Movement Control Order (RMCO) here today.

He added that Malaysia is still closing its door to all foreigners including from Singapore.

“The fake news apparently said I issued a statement that there is no need for Singaporeans to come to Malaysia if they merely wanted to fill petrol, wash cars, have dinners and so on,” he said

He said the fake news was disseminated in audio and visual form with a dubbed voice.

“I know Malaysians may recognise my voice, but Singaporeans who are not watching the daily media conference may not realise it is fake,” he added.

In this regard, Ismail Sabri said as at yesterday, 266 investigations papers were opened by police and MCMC on fake news relating to COVID-19.

From the total, 179 are still under investigation, 30 cases had been charged in court, 11 were issued warnings and 18 had pleaded guilty.

On border control operation, Op Benteng involving the Malaysian Armed Forces, police, Malaysian Maritime Enforcement Agency (MMEA) and the Malaysian Border Security Agency (AKSEM), Ismail Sabri said it was aimed at tightening the country’s borders from being intruded by illegal immigrants to curb cross-border crimes and to contain the spread of COVID-19.

Ismail Sabri said since May 1, 723 illegal immigrants and 138 skippers have been nabbed for attempting to sneak into the country via illegal crossings or rat trails. Also detained were 122 individuals believed to be smugglers with 15 boats seized.

“Enforcement agencies also chased away 164 illegal immigrants, six skippers as well as 27 boats for trying to enter the country.

He added that police also detained three foreigners at roadblocks under the operation over immigration offences.

Government to focus on putting LCS project back on track –...