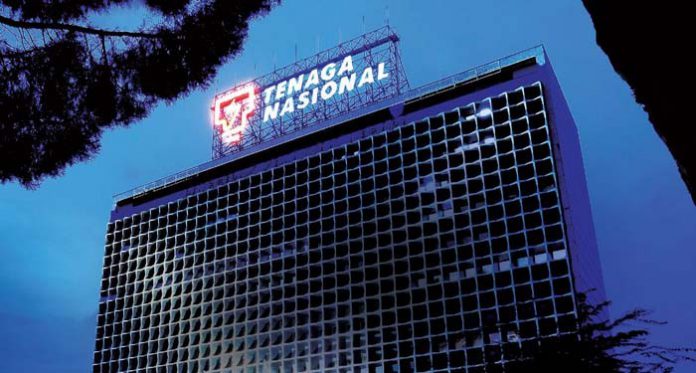 PUTRAJAYA, June 20  — Tenaga Nasional Bhd (TNB) will not cut electricity supply to consumers whose bills are in arrears until Sept 30.

Energy and Natural Resources Minister  Datuk Dr Shamsul Anuar Nasarah, said, thus, consumers, who faced financial difficulties following the implementation of the Movement Control Order (MCO) on March 18 to contain the spread of COVID-19 in the country, need not worry that their electricity supply would be cut.

He said this at a media conference here today regarding the issue of high electricity bills following the MCO which ended on May 3 and replaced by the Conditional MCO the next day. Present were TNB president and chief executive officer (CEO) Datuk Seri Amir Hamzah Azizan and Energy Commission (ST) CEO Razib Dawood.

Asked why TNB meter readers were not on duty during the MCO which led to a spike in electricity billing, Shamsul said TNB did not allow them to go out to read meters after obtaining feedback from various parties on the COVID-19 threat especially from the National Security Council (MKN).

“The decision on the advice of MKN took into consideration the interests of various parties,” he said.

He said TNB only focused on vital services to ensure electricity supply was not disrupted because consumers were mostly home-bound during the MCO.

“(Electricity) meter reading was not an essential service (during the MCO) because it was not a component towards ensuring the stability of the system we have. TNB followed by what was stressed by the government and did not allow our meter readers to go out until it announced that it was safe to do so,” he said.

He added that TNB had system to calculate meter readings when billing was late and that the method of calculation was also approved by ST.

The MCO was relaxed to the CMCO after the COVID-19 situation in the county was brought under control. TNB meter readers resumed duties from May 15.

On June 10, the CMCO was further relaxed to the Recovery Movement Control Order which is scheduled to end on Aug 31. The RMCO has allowed almost all economic sectors to reopen and most restrictions on people’s movements have been lifted but subject to compliance to RMCO rules so that a new wave of COVID-19 does not break out.