“We will make use of the good ties to help increase our exports to India and China,” he told reporters after a meet-and-greet session with community leaders and Trolak Selatan Felda settlers here, today.

Hishammuddin said he had already asked the palm oil industry players to provide feedback in order to solve the existing constraints and increase exports.

He added that the government was also looking at new potential markets for exporting palm oil, including in West Asia.

Meanwhile, Hishammuddin reiterated Malaysia’s stand on not establishing diplomatic ties with Israel, while stressing that the country was still on good terms with the United Arab Emirates (UAE).

He said this in reference to UAE’s recent recognition of Israel as a state, with both sides also establishing diplomatic and economic relations.

On the Slim state by-election, Hishammuddin said he was optimistic that Mohd Zaidi Aziz, 43, would get the people’s support based on his character and leadership experience.

The Slim state by-election is being held on Aug 29 following the death of its incumbent Datuk Mohd Khushairi Abdul Talib, 59, from BN, on July 15.

It is set to be a three-cornered fight between BN candidate Mohd Zaidi, Amir Khusyairi Mohamad Tanusi, 38, of the newly minted Pejuang party, and independent candidate S. Santharasekaran, 44. 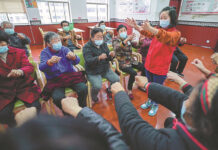