He said of this number, 59 individuals were issued with compound notices while 22 were remanded, with the most common offences being the failure to provide equipment for registering customers and not wearing face masks.

“A total of 68,310 inspections were conducted to monitor and enforce compliance with the RMCO standard operating procedure (SOP). The operations involved 4,881 compliance teams with 16,827 monitoring personnel who inspected supermarkets, restaurants, hawkers, and land, water and air transport terminals,” he said in a statement today.

He said four illegal immigrants were also nabbed during the Operasi Benteng which was conducted to check cross-border crimes and curb the spread of COVID-19.

A total of 28,481 vehicles were checked at the 62 roadblocks mounted nationwide under the Operasi Benteng, he added.

Meanwhile, 17,037 people who returned to the country between July 24 and yesterday had been placed at 65 hotels and five public training institutes, he said.

Of this number, 7,419 individuals are undergoing compulsory quarantine and 56 have been sent to hospital for treatment.

“A total of 9,562 individuals have been discharged and allowed to return home. They all came back from 32 countries, including the Philippines, Thailand, Indonesia, Cambodia, Singapore, Vietnam, Brunei, Qatar, Pakistan and Saudi Arabia,” he added.

Ismail Sabri said police also made 298 inspections on individuals undergoing the compulsory 14-day home quarantine and all were found to have abided by the SOP. 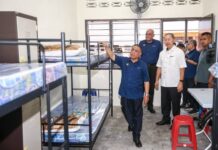 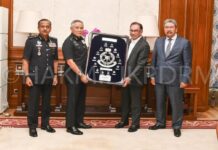 Statistics help ensure that food remains on every Malaysian’s table —...