KUALA LUMPUR, Sept 25 — Kuala Lumpur City Hall (DBKL) plans to build more than 1,000 units council homes specifically for youths and newlyweds so that they can stay there temporarily before owning their own homes.

According to him, the proposal has been submitted to the Minister of Federal Territories Tan Sri Annuar Musa and the groundbreaking ceremony is expected to be held at the end of the year.

“We hope the project with three-room units each measuring 700 to 750 sq ft would take between 18 months and two years to complete.

“There will be some conditions in relation to rental and we will probably charge around RM300 per month,” he said when met at his office at Menara DBKL 1, recently.

Nor Hisham added that the concept of council houses is different from the People’s Housing Project (PPR) because PPR is for temporary housing for those in need.

“PPR units are rented at RM124 per month and tenants are expected to leave after five years,” he said.

Meanwhile, Nor Hisham said DBKL is still working to help the less fortunate in the city, such as contractors who do not have a job by offering more tenders to them.

“At the beginning of the year, contracts worth RM50 million were allocated to 250 G1 contractors, through the voting system,” he said.

Meanwhile, Nor Hisham said DBKL’s revenue recorded since March to date has dropped to between RM700 million to RM800 million.

“This is due to the six-month rental relief programme for DBKL PPR and Public Housing tenants, DBKL business premises rental exemption as well as a significant decrease in tax assessment collection,” he said. 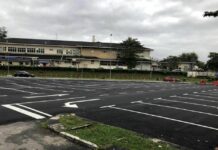 COVID-19: All foreign tourists and visitors barred from entering Malaysia under...