马中透视 MCI
Home Breaking News Candidate of GRS party with most seats to be chief minister –...

KUALA LUMPUR, Sept 27  — The mandate and opportunity to lead the Sabah state government should be given to any party in Gabungan Rakyat Sabah (GRS) which won the most number of seats in the Sabah state election.

Barisan Nasional (BN) chairman Datuk Seri Dr Ahmad Zahid Hamidi said the decision should be made after consultation with parties of the coalition.

“In terms of rationality, it is better if the party which obtain the most seats be given the mandate and opportunity to head the state government after consultation is carried out among parties in the coalition,” he said.

He was speaking in a video aired live via UMNO Facebook last night.

The Sabah state election saw GRS beating its opponent, Parti Warisan Sabah and several allied parties with a total of 38 seats from the overall total of 73 seats to form the new government.

Touching on the performance of Sabah BN chairman, Datuk Seri Bung Moktar Radin who headed the BN machinery in the state election, Ahmad Zahid described Bung Mokhtar as a gem which has successfully been polished.

Ahmad Zahid who is also UMNO president said the decision in choosing Bung Mokhtar to lead BN was in appreciation of the loyalty showed by the Kinabatangan MP during the state leadership conflict earlier.

“I stressed on the importance of loyalty above all other factors. I see Bung Mokhtar had succeeded in coordinating works at all levels in the state, state constituency divisions and voting district centres.

“This (performance) can be made as the basis for him to be given the chance to lead the Sabah administration,” he said. 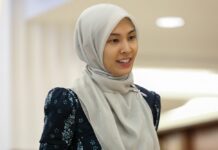 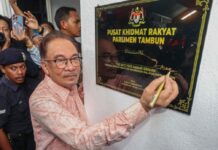 No one will escape action for violating SOP – Ismail Sabri