Transport Minister Datuk Seri Wee Ka Siong said based on ICAO Annex 13, an initial investigation report will be prepared within 30 days from the date of the air accident.

“The main objective of the investigation is to determine the circumstances and cause of the accident with an aim to safeguard lives and prevent future accidents.

“In this regard, the investigation to be initiated is not to apportion blame nor liability,” he said in a statement.

Wee said the investigating team issue a full report of the findings, which will include recommendations for improvements toward better civil aviation safety,  once the entire investigation is completed.

He said the government will use these findings as a basis to form future recommendations for holistic improvements to the country’s civil aviation industry.

According to Wee, the Kuala Lumpur Aeronautical Rescue Coordination Centre (KL ARCC) had subsequently been activated to provide all necessary rescue coordination efforts.

Tragically, the latest information indicates that two crew members perished in the crash landing while the other two have been given necessary medical treatment.

The helicopters ((9M-HCA & 9M-HCB) ,which departed from Sultan Abdul Aziz Shah Airport, were involved in a flight training session with four crew members.

The helicopters collided in mid-air, after which one of them  crashlanded,  while the other was able to make an emergency landing in a field adjacent to SJKT Taman Melawati. 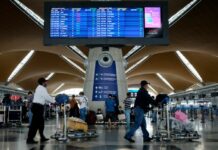 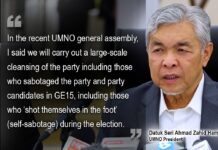