KUALA LUMPUR Nov 13 — The RM16 billion allocation for the Ministry of Defence (MINDEF) through the 2021 Budget is partly expected to be used to cover the cost of Op Benteng including for the procurement and maintenance of Malaysian Armed Forces (MAF) assets, according to security and defense analysts.

“Among those that are seen as important are the unmanned aircraft drones (Unmanned Aerial Vehicle-UAV) and (Maritime Patrol Aircraft -MPA) for maritime air surveillance and control.

“For existing assets, maintenance costs are also required to ensure that assets such as aircraft belonging to the Royal Malaysian Air Force (RMAF) can operate well for Op Benteng,” he told Bernama, today.

According to him, the acquisition and maintenance of the assets were important to enable ATM to patrol the land border areas and territorial waters to detect and prevent illegal immigrants from entering the country.

Other than for Op Benteng, he said the assets could also be mobilised for operations in the South China Sea to curb any attempt to encroach into the national territorial waters including by foreign fishermen.

For the record, the allocation for MINDEF under the 2021 Budget had risen by 1.8 per cent compared to that last year.

Meanwhile, for the public order sector, the allocation of the Ministry of Home Affairs (MOHA) under the 2021 Budget had gone up by 0.6 per cent to RM17 billion compared to RM16.9 billion under the 2020 Budget.

Crime analyst, Datuk Seri Akhbar Satar suggested that the agencies under MOHA should focus their allocation on curbing the entry of illegals to prevent them from bringing in COVID-19.

In addition, he also suggested that effort to eradicate the smuggling of cigarettes, which results in the government losing RM5 billion in taxes a year, be boosted.

As such, the focus to strengthen operational assets to monitor the country’s territorial waters should be done, especially for the marine police force and the Malaysian Maritime Enforcement Agency (MMEA).

“It is also suggested that the enforcement agencies obtain the drone and unmanned aerial vehicles (UAVs) technologies that can fly long distances and can fly more than two hours,” he said.

Crime analyst Kamal Affandi Hashim said the current situation of the COVID-19 infection would definitely impact on the way the MOHA spent the allocation obtained.

“In the war against the invisible new enemy, the focus is on the short and long term plans aimed at curbing the spread of COVID-19. Assets need to be focused on efforts to enhance enforcement and control on land and maritime territories, ”he said.

On the acquisition of new assets, he said it was not necessary to do it every year.

“Surely, new purchases have been made in previous years in the form of vehicles, buildings or appliances that are still relevant but if there is an urgent need, and an emergency, it can be done,” he said. 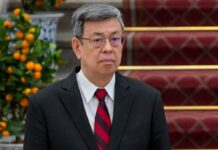 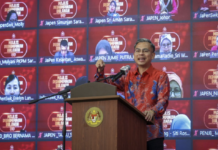 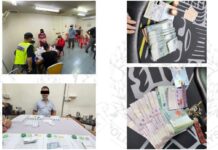 Schools reminded not to be strict on pupils not in uniforms