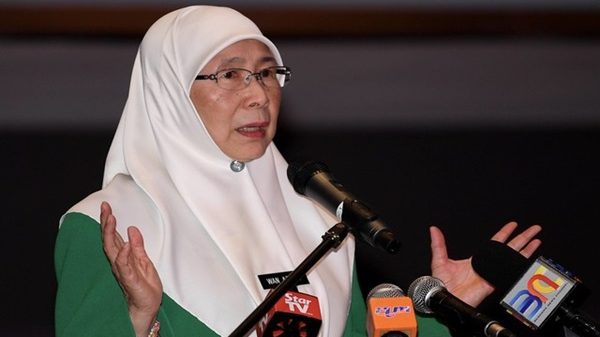 The former deputy prime minister said they should set an example by doing this, and also suggested that the prime minister, ministers and deputy ministers take a 10% pay cut until the end of next year.

“I propose for the allowances and chairman’s fees of any MP chairing GLCs and GLICs (government-linked investment companies) be reduced by 50% and the money channelled to the Covid-19 fund.

“These MPs are already receiving salaries,” she said during the debate on the 2021 budget proposals in the Dewan Rakyat.

Wan Azizah also proposed that all MPs get equal allocation of funds.

Previously, former prime minister Dr Mahathir Mohamad (Ind-Langkawi) and other ministers under Pakatan Harapan had their salaries cut by 30% to channel the money to the fund.

The Perikatan Nasional government had launched the Covid-19 fund in March to help those directly affected by the pandemic.