“Many do not have shows for a long time, and this is to produce new music as well as a first step towards other bigger projects.

“For example, the National Nasyid Award that we started this year is for the national level and next year it would be for the international level and we also set a goal for the Grammy Awards,” he said after virtually presenting an offer letter to the recipients of the Music DKD here today.

Among the recipients of the Music DKD who participated in the virtual video conference were composer Mohd Azhar Abu Bakar or better known as Azmeer, singer Dayang Nurfaizah, alternative rock band Estranged and nasyid group Inteam.

Saifuddin said the 54 projects were selected based on the demos and proposal papers submitted as well as the background of the recipients with 25 projects selected under the Micro Fund, Marketing Fund (eight) and Ecosystem Fund (21).

He said the DKD, formerly known as the Digital Content Industry Fund (DIKD), was introduced in April 2015 for films and documentaries under the National Film Development Corporation (FINAS) and animation under the Malaysian Digital Economy Corporation (MDEC).

The Music DKD, which is managed by the Content Development Division of the ministry, focuses on three objectives, namely encouraging industry players to compose, produce and market music competitively.

It also aims to develop quality human capital for the development of talent and potential and to develop a competitive music industry that can have a positive economic impact.

“We are also improving the DKD approval process because we want as many as possible to receive this fund and at the same time the process must also be transparent and have accountability. So, we expect feedback from these DKD recipients,” he said. 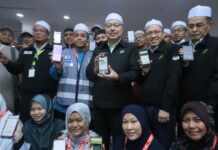 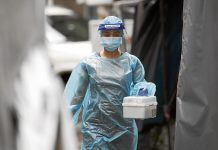 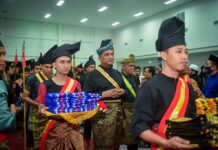 Silat a treasured heritage that must be preserved – Reezal Merican

Langkawi: Travel agencies are allowed to operate without registering with CIMS...