PETALING JAYA，Jan 27: Political analysts say health director-general Dr Noor Hisham Abdullah is in a tight spot, stuck between balancing the economy, on the one hand, and the health and safety of the people, on the other.

Kamarul Zaman Yusoff of Universiti Utara Malaysia said Noor Hisham should not have stated that the movement control order (MCO) will not be extended for more than four weeks.

“Why is the health director-general making such statements? It is still too early and this matter can only be decided by the Cabinet,” he said, adding that such an announcement will only confuse people further.

According to Kamarul, Noor Hisham’s statement seemed to precede the Cabinet’s decisions.

“Decisions should be made collectively, not individually. It is not his job to make such an announcement.

“The Covid-19 situation in the country is still serious. It’s different if it is guaranteed that the cases will decrease by Feb 4, but we won’t know how the cases will be next week,” he said.

Kamarul also said the issue of health and economy should not be combined as the people’s health must be given priority over anything else.

He added that the declaration of a state of emergency should be lifted, given that the bipartisan independent committee has yet to meet.

Previously, Noor Hisham had said the government did not wish to extend the MCO as it would negatively impact the economy. After Feb 4, he said a conditional MCO (CMCO) will likely be imposed in all affected states.

Yesterday, Malaysia reported 3,585 new Covid-19 infections. The number of active cases now stands at 40,574, of which 280 were in the intensive care unit and 111 required respiratory assistance.

Another 11 deaths were also reported, bringing the number of fatalities to 700.

Another analyst, Lee Kuok Tiung of Universiti Malaysia Sabah, said it was inappropriate to state that the second MCO would not be extended beyond Feb 4.

“It was a difficult decision for Noor Hisham to make. To curb the spread of Covid-19 infections, the emergency should continue,” he said, adding that the biggest dilemma in the country was now the people’s livelihoods.

“I hear that was why Noor Hisham issued such a statement, because he is sandwiched in the middle. I personally think the CMCO will not be as effective as a lot of conditions are relaxed,” he said.

Lee said it was better to take a more drastic approach by imposing a “total lockdown” for a set period of time, rather than moving on to a CMCO in which movement was less restricted. 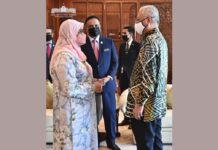 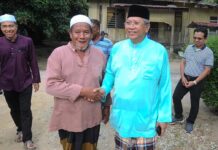 Anti-Party Hopping Bill to be tabled in July – PM Ismail...