KUALA LUMPUR,Feb 4: PAS president Abdul Hadi Awang, who is alleged to have made a seditious statement against Christians, wants a suit brought by two Sabahans to be struck out as it does not disclose any cause of action.

In a notice to annul the suit filed this week through Messrs Yusfarizal Aziz & Zaid, Hadi said the suit was vexatious, frivolous and an abuse of the court process.

Hadi, 73, who is a special envoy to the Middle East and also the Marang MP, said the suit also did not affect his rights.

Further, he said, the purpose of the suit by Maklin Masiau and Lawrence Jomiji Kinsil @ Maximilhian was intended to secure a conviction, which was beyond the jurisdiction of the civil court.

“The suit attempts to usurp the powers of the attorney-general, who is also the public prosecutor,” he said in cause papers sighted by FMT.

Hadi said Maklin and Lawrence also did not have the legal standing to file the suit as they did not disclose whether they represented all Christians.

He said they also questioned the prerogative of the prime minister to appoint him as special envoy and were using the court to revoke his position.

Hadi also said they failed to include the prime minister and the attorney-general as defendants.

Judge Akhtar Tahir will hear the striking-out application on April 19.

In their originating summons, they claimed Hadi made a seditious statement in the PAS newsletter Harakah on Jan 18, 2016 against Christians and/or Christian missionaries.

“It has been more than four years since the defendant (Hadi) issued the statement but no prosecution has been brought against him,” they said.

In their affidavit to support their action, they also said Hadi’s statement was published by FMT on the same day.

“We respectfully believe that the defendant has made an unfounded statement and cast aspersions on Christians and/or Christian missionaries, which has become a matter of public interest,” they added. 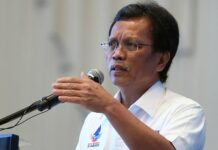 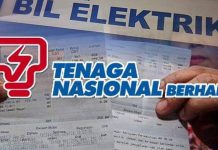 FMM welcomes govt’s decision to maintain the cost of electricity 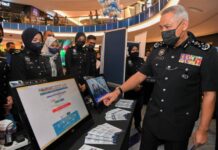 Malaysia among first few countries in the world to use RTK-Ag...