KUALA LUMPUR, Feb 17 – With MPs from both sides of the divide to be among the first to receive the Covid-19 vaccine, several from Pakatan Harapan said there is now no reason for Parliament not to reconvene.

They highlighted the importance of holding a sitting as soon as possible, considering the country’s health and economic situation, and said the risk of lawmakers spreading or contracting the virus will be minimised after their inoculation.

PKR communications director Fahmi Fadzil told The Vibes that the first phase of the vaccination drive is slated from end-February to April, meaning Parliament can reconvene in May, after Hari Raya Aidilfitri.

“I do believe there are no more excuses to not reconvene Parliament. God willing, after vaccination, the risk of infection will be much reduced, and all the 220 MPs can meet.”

Fahmi, who is Lembah Pantai MP, said Prime Minister Tan Sri Muhyiddin Yassin’s statement that the government has yet to invoke its powers under the emergency ordinance due to good cooperation from the private sector proves that there is no longer a need for the emergency order to be in place.

“In his speech last month, he was quite explicit in naming private hospitals when justifying the need for an emergency. But his statement yesterday shows there is no need for it.”

Muhyiddin told a virtual press conference yesterday that MPs and assemblymen will be among the early recipients under the National Covid-19 Immunisation Programme, given that their work requires them to be in close contact with the public.

He said the private sector, in particular private hospitals, has shown a high degree of compliance in terms of assisting the government, indicating that the emergency ordinance allowing the temporary possession of private properties is unlikely to be invoked.

Senator Liew Chin Tong of DAP agreed that vaccinating MPs early means there is no reason to continue Parliament’s suspension.

“I agree, and I think most MPs share the same sentiment,” he said in a WhatsApp message to The Vibes.

His party colleague Wong Shu Qi, who is Kluang MP, said if Covid-19 was the reason Parliament was suspended, as part of the emergency order, lawmakers’ vaccination overcomes the issue.

She stressed the importance of a “whole of nation” approach to combat the pandemic, and for parliamentary democracy to be reinstated.

However, Padang Rengas MP Datuk Seri Mohamed Nazri Abdul Aziz of Umno believes that Parliament is unlikely to reconvene as Muhyiddin knows that it could jeopardise his position as prime minister.

It is only expected that MPs will push for a vote of confidence, he said.

“Muhyiddin doesn’t have the majority. How is he going to allow Parliament to sit? He knows that. The first thing that will happen is, his confidence will be questioned.”

Muhyiddin, who holds the Pagoh federal seat, has the backing of only 109 MPs, after three Umno lawmakers, including Nazri, pulled their support.

Its chief, Nasrul Ali Hasan Abdul Latif, said lawmakers must prioritise the motion of confidence with regard to Muhyiddin, and that the prime minister ought to step down if it is proven that he has lost majority support. 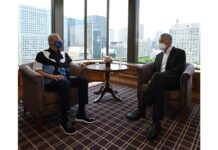 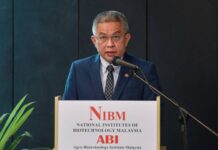 Azam Baki: Everyone will know the truth one day; I will...