KUALA LUMPUR, Feb 19– Tan Sri Muhyiddin Yassin said he is of the opinion that Malaysian football needs a new lease of life and be re-empowered following the impact of the COVID-19 pandemic on the development and activities of the country’s number one sport.

The Prime Minister emphasised that football was not only focused on the Malaysian League (M-League) competition under the auspices of the Football Association of Malaysia (FAM) and the Malaysian Football League (MFL), but also covered the entire sports chain at various levels such as the downstream industry and  sports operators.

“I have also taken note of the steps taken by FAM in ensuring that the M-League that is scheduled to start this March is in compliance with the standard operating procedures (SOP) set to ensure the spread COVID-19 can be avoided,” he said in a posting on his official Facebook site.

“Hamidin’s sharing on the latest agenda and direction of local football development planned by FAM, among others, the M-League competition and the national team’s preparations for the 2022 World Cup and 2023 Asian Cup qualifiers was very interesting,” said Muhyiddin.

At the same time, the Prime Minister said Youth and Sports Minister Datuk Seri Reezal Merican Naina Merican always shared information on the sport and the latest developments on the M-League and was confident that with the close cooperation of FAM, the joy of football could be enjoyed again.

Muhyiddin also took the opportunity to congratulate Hamidin who won uncontested the post of FAM president for the 2021-2025 term,  which will be confirmed at the 57th FAM Congress scheduled to take place this March.

“I hope that FAM under the leadership of Hamidin can give good news to the people by guiding the Harimau Malaya (national squad) to play in the final round of the 2023 Asian Cup championship that is scheduled to be held in China,” he said.

Meanwhile, Hamidin, in a statement, thanked Muhyiddin for taking the time to discuss some important agendas in determining the future of national football amid the COVID-19 pandemic.

He said the meeting also discussed vaccine need initiatives to facilitate the local football fraternity to continue the M-League competition this season despite concerns over the number of positive COVID-19 cases.

Hamidin said that also discussed was ways of dealing with challenges faced by operators of football and futsal facilities including football academies who are not allowed to operate with the Movement Control Order (MCO) in force. 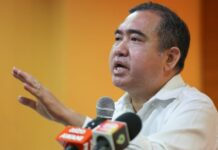 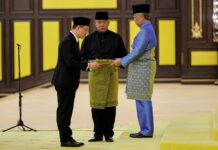 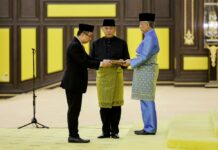 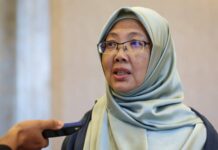 Ahmad Zahid asked me to intervene in his court case after...