KOTA KINABALU, March 22 — Sabah has a great potential in attracting domestic and foreign investments due to its strategic location in the region as well as its wealth of natural resources, said Prime Minister Tan Sri Muhyiddin Yassin.

He noted that the Sepanggar Bay Container Port in the Brunei Darussalam-Indonesia-Malaysia-Philippines East ASEAN Growth Area (BIMP-EAGA) has the potential to attract foreign investments, subsequently boosting job opportunities and the socio-economic status of Sabahans.

“I understand that the total trade in Sabah in 2020 stood at RM79.5 billion, with exports valued at RM41.4 billion and imports at RM38.1 billion.

Muhyiddin said the government, via the Ministry of International Trade and Industry, would continue to work closely with the Sabah government to provide a complete ecosystem to support the development of industries such as production and manufacturing.

He said that Sabah also has the potential to take part in the development of the aerospace industry in line with the Malaysia Aerospace Industry Blueprint 2030.

“For example, the National Aerospace Industry Coordinating Office (NAICO) has proposed Kota Kinabalu as an aerospace cluster under the 12th Malaysia Plan (12MP).

“This investment can create more than 1,500 jobs for Sabahans, and have a positive impact on other sectors in Sabah through the growth in investment chains,” he added.

No travel ban during Aidilfitri, only EMCO if necessary – PM 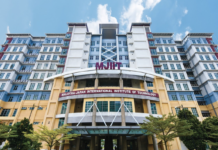 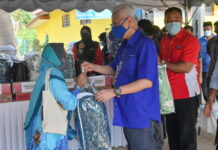