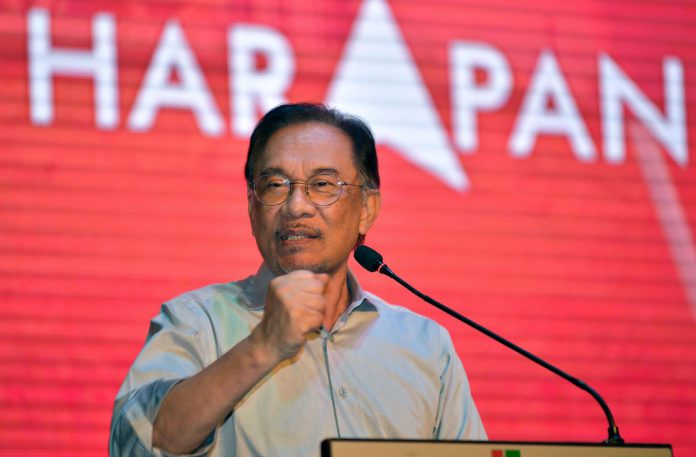 KUALA LUMPUR, June 5 — The proposal by certain quarters to nominate an individual other than PKR president Datuk Seri Anwar Ibrahim as the prime ministerial candidate for the opposition, is deemed as just an attempt to split Pakatan Harapan (PH), according to PKR Youth wing Angkatan Muda Keadilan (AMK).

AMK head Akmal Nasrullah Mohd Nasir said suspicious actions such as ‘one hand shaking hands and the other hand holding a knife’ must be avoided in the opposition coalition, made up of PKR, DAP and Amanah.

At the same time, Akmal Nasrullah, who is also the Member of Parliament for Johor Bharu, also suggested that AMK members with potential should be recognised immediately, especially in facing the upcoming 15th General Election (GE15) to continue the struggle of PKR.

Akmal Nasrullah also suggested that the PKR flag be the logo to represent PH in facing GE15 as an effort to mobilise strength and restore the people’s confidence.

He also touched on the impact of COVID-19 and suggested, among others, provision of a moratorium facility without interest charges to small traders for at least five months, return wage subsidies and capital loan facilities as well as assistance of 30 to 50 per cent for business site rental.

“Ministers should also consider AMK’s proposal for a cross-party task force (to combat COVID-19) that also involves PH MPs, which until today has not happened,” he said.

Today’s AMK conference is scheduled to involve 14 speakers who are expected to touch on issues of cooperation between opposition parties, the COVID-19 pandemic, the national vaccination programme, the economic problems of young people and education via the Home-based Teaching and Learning (PdPR) method.