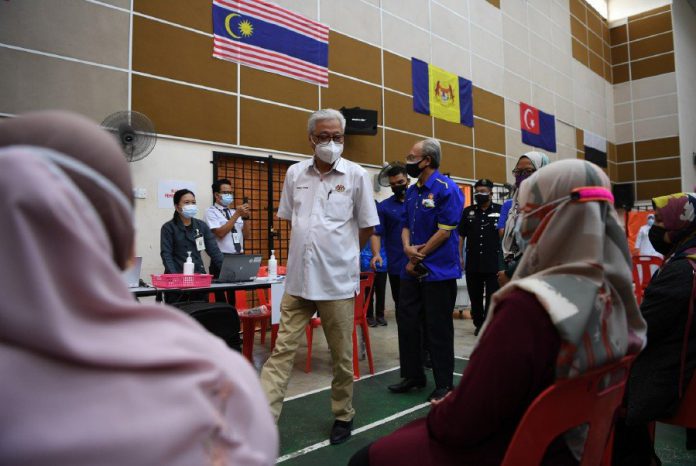 He said Perlis, which was currently in Phase Two of the PPN, could achieve the vaccination rate required to move to the next phase based on the area and population in the state.

“Yesterday, no COVID-19 cases were reported in Perlis, and maybe if we can speed up the vaccination process, they can go to the third phase faster, as the state is also small in size, and not densely populated,” he told Bernama after visiting the vaccination centre (PPV) at Dewan Semai Bakti Felda Sebertak here, today.

Perlis State Secretary Azman Mohd Yusof was reported to have said Monday that the state could move into the Third Phase of the PPN by October.

According to Azman, if Perlis could obtain an adequate supply of vaccines, they were confident of being able to achieve herd immunity of 80 per cent by October or November at the latest.

So far, Perlis, Perak, Kelantan, Terengganu, and Pahang have moved to Phase Two of the PPN, while Penang will join the list Wednesday.

Meanwhile, the Bera MP said that the vaccination programme in the area had been divided into five zones to facilitate the locals.

“We don’t have a Mega PPV here, because going down to the areas to conduct the immunisation programme will make it easier for the residents as they won’t have to go to the city to get inoculated,” he said.

Meanwhile, he said about 41,000 Bera residents aged 18 and above had registered to be inoculated, and efforts were being made to increase the number.

3,332 Covid-19 cases, Selangor has most infections