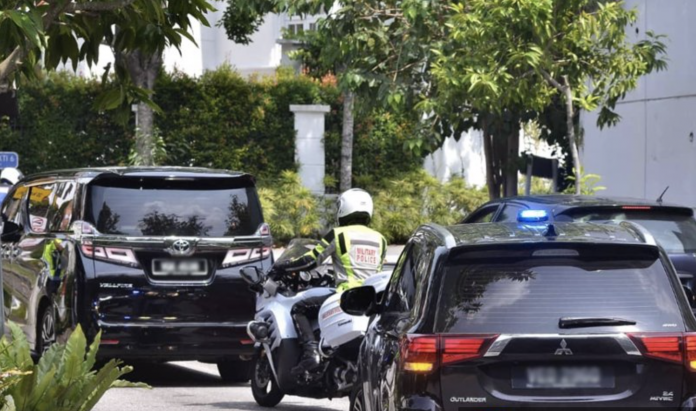 Several black vehicles, including one with a ‘Minister’ plate accompanied by police outriders, were seen coming to the residence in the morning and leaving at about 12.30 pm.

A meeting is believed to have taken place at the residence following UMNO’s announcement earlier this morning that it had decided to immediately withdraw and end support for Muhyiddin as the prime minister.

After the UMNO Supreme Council virtual meeting for more than four hours last night, party president Datuk Seri Dr Ahmad Zahid Hamidi said in a statement that the decision on Muhyiddin was reached following the alleged failure of the Perikatan Nasional (PN) government led by Muhyiddin to address the COVID-19 pandemic and so being unable to meet the people’s expectations and demands.