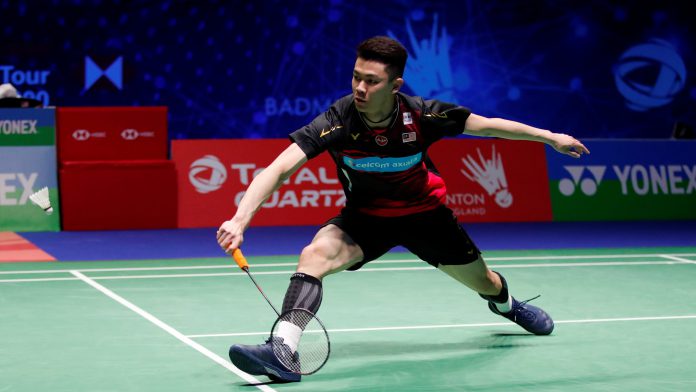 KUALA LUMPUR, July 12 — National men’s singles badminton ace Lee Zii Jia has the advantages in terms of strength and agility if he were to play against Chen Long at Tokyo Olympics slated later this month.

National badminton legend Datuk Lee Chong Wei said that Zii Jia, being just 23, clearly had the age advantage over the Chinese player who has reached the age of 32.

The current world number eight is expected to meet Chen Long in the second round or best sixteen if both players make it past the group stage at the world’s biggest sporting event.

Chong Wei, who is also Malaysia’s chef de mission (CDM) to the Tokyo Olympics, said he was ready to share strategies and tactics with Zii Jia in facing Chen Long.

However, he admitted that the current performance of Chen Long, who is the world number six, remained a ‘mystery’ after not playing for more than a year in any international tournament following the COVID-19 pandemic.

“Chen Long is now being trained by my former coach, Li Mao and for sure, he will definitely improve his skills ahead of the Olympics.

“However, I was made to understand that Chen Long did not play well at the local tournament in China,” he told a virtual press conference yesterday.

The two players have a balanced record of 2-2, but Zii Jia is seen to have a slight advantage after beating Chen Long 21-12, 21-18 in the quarter-final stage of the 2020 All England.

Chong Wei, who is three-time Olympics silver medallist, also reminded Zii Jia to focus on preparing himself, mentally and physically, in facing the challenges in Japan.

Zii Jia has been drawn in Group M with France’s Brice Leverdez and Ukraine’s Artem Pochtarov while Chen Long will face Spain’s Pablo Abian and Raul Mist of Estonia in Group N.

No need to hold state elections in Kelantan, Terengganu and Kedah...